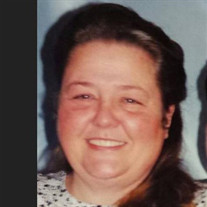 Mrs. Angela Vondell Frans, of Terrell, passed away peacefully into the presence of her Lord and Savior on the evening of October 11, 2018. Angela was surrounded by family as she closed her eyes here on earth and was reunited with family and friends in Heaven. She was born July 15, 1955 in Dallas to Robert Arthur and Margaret Frances Upchurch and was preceded in death by her father. Angela grew up in the Dallas area where she learned early that serving others was her true calling. She met the love of her life, Wayne Frans, at church and on September 18, 1976 they married making a life of memories while raising their two sons. Angela was a certified Midwife specializing in home births for families and she worked with Labor of Love Birthing Center for many years in Terrell. During her midwife career, Angela helped deliver over 2,400 babies and many of their pictures were proudly displayed at the birthing center. Her ability to stay calm in situations that could, in an instant, become life threatening emergencies garnered her a prestigious reputation among her colleagues and her knowledge combined with true caring were examples that all sought to imitate in their own careers. She recently had written a book about her midwife practice called, Barefoot Christian Midwife: True Inspiring Birth Stories where she made sure to also give credit to the Lord in the many babies that she was honored to help successfully deliver. Angela also worked as a Christian Counselor with Freedom Counseling where the same calm and patient demeanor enabled many others to find hope in situations that seemed insurmountable. Later in her life, she began rescuing kittens and cats. Angela had a soft spot for all God’s creatures but she especially loved giving kittens and cats a second chance at life with a loving family. She was a fountain of knowledge in how to socialize, bottle feed, tube feed, administer medicine, network to expand adoptions and fundraising for her rescue organization, Furry Angels Cat Rescue and Adoption. These activities are just a FEW of her many talents at educating others about how easy it is to for anyone to help with the overwhelming population of unwanted kittens and cats. She was a ‘go-to’ rescue provider in the East Texas area with many nationwide rescues partnering with Angela to “save one more life”. Her heart for helping others, be they two-legged or four-legged, will be the heritage that all who knew her will be proud to continue on in memory of her. A steadfast prayer warrior, woman of action in helping others, devoted wife and loving mother and grandmother, treasured friend and angel to so many cats, Angela will be greatly and deeply missed by every person and furry friend whose life she touched. Angela leaves to celebrate her legacy her beloved husband of 42 years, Wayne Frans of Terrell; sons: Jarrod Frans and wife, Autumn of Tahoka, TX, Joe Frans of Terrell; grandchildren: Samuel, Dawson, Hunter, Trystan and Acapella; mother, Margie Upchurch; brother, Michael Upchurch and wife, Mickey; mother-in-law, Hazel Frans as well as numerous nieces, nephews, extended family, her rescue family that is nationwide and a host of friends. Funeral service will be 11 am Monday October 15, 2018 at Max Slayton Funerals Chapel. Family will receive friends 4 pm to 6 pm Sunday October 14 at Max Slayton Funerals and Cremations. For those wishing to continue Angela’s dedication to saving cats and educating others on how everyone can help with overpopulation, donations can be made to her rescue group: Furry Angels Cat Rescue and Adoption, c/o Dallas Cat Lady, PO Box 181761, Dallas, TX 75218.

Mrs. Angela Vondell Frans, of Terrell, passed away peacefully into the presence of her Lord and Savior on the evening of October 11, 2018. Angela was surrounded by family as she closed her eyes here on earth and was reunited with family and... View Obituary & Service Information

The family of Angela Frans created this Life Tributes page to make it easy to share your memories.

Send flowers to the Frans family.