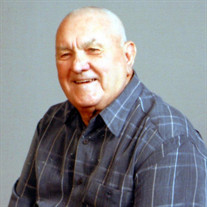 Bobby (Bob) Clower passed away peacefully on June 18, 2022. He was born July 9, 1934 in the Cedarvale Community in Kaufman County to Bonnie and Nancy Clower, both of whom preceded him in death along with his son Bobby R. “Jinx” Clower, Jr., granddaughter Petey Strahan, brother Walter W. Clower, and sister Mary Kemp. After graduation, Bobby served his country with honor and distinction with the U.S. Navy during the Korean Conflict where he was stationed on four different ships (including the USS Monterrey for 2 years in Pensacola) from 1952 to 1956 and served in the U.S. Naval Reserve from 1956 to 1958. He continued his service when he enlisted in the Texas National Guard actively serving from 1958 to 1961. Bobby returned home where he worked in the automotive sales industry for over 40 years. Everyone in the county knew one thing when buying a pre-owned vehicle: Bobby would do the right thing for each of his customers. His honesty and integrity were foundations of his character that were easily seen in his business practices being the owner and operator of his own car lot, Bob Clower Auto Sales, for 15 years. Bobby also worked at other dealerships including Buddy Allen Chevrolet and Musser Motors, both in Terrell. He was a longtime member of First United Methodist Church in Terrell where he served most Sundays as an usher, displaying his familiar and friendly smile to members and visitors. He and Nancy loved traveling in their motorhome with best friends, J.W. and Ann Barrow, with whom they had enjoyed a friendship for 50 years. Bobby was always willing to take a trip anywhere but his very favorite place to travel to was Ouray, CO where many treasured memories were made with family and friends. Bobby is survived by his wife of 48 years, Nancy Clower of Terrell, whom he married on Feb. 22, 1974; children: Sondra R. Strahan and Donald, Nancy Jo Heard and Todd, James L. Clower and Tammy, Karen Roscoe, Kristi Waters and Ricky; grandchildren: Jason Turner and Miki, Shawn Turner, Richard Heard and Lindsay, Zachary Clower, D.J. Self, Cheyenne Self and Charlie George, Savannah Self; great grandchildren: Ashlyn Turner, Justice Turner, Caroline Heard, Savannah Heard, J.T. Heard, Wyatt Self, Adalyn Self and Charlie George Jr.; brothers: Thomas Clower, Jerry L. Clower and Mary Ellen; sister, Judy Deever and Denny; sister-in-law, Alta Clower, beloved dog, Ivy, as well as numerous nieces, nephews, extended family and a host of friends. Funeral service will be at 10:00am, Saturday, June 25, 2022 at Max Slayton Funeral Chapel with interment to follow at Oakland Memorial Park. The family will receive friends 5:00pm to 7:00pm, Friday, June 24, at the funeral home. For those wishing, memorials may be made to The First United Methodist Church, 503 W. College St., Terrell, TX, 75160 or a charity of your choice.

Bobby (Bob) Clower passed away peacefully on June 18, 2022. He was born July 9, 1934 in the Cedarvale Community in Kaufman County to Bonnie and Nancy Clower, both of whom preceded him in death along with his son Bobby R. &#8220;Jinx&#8221; Clower,... View Obituary & Service Information

The family of Bobby (Bob) Clower Sr. created this Life Tributes page to make it easy to share your memories.

Send flowers to the Clower family.