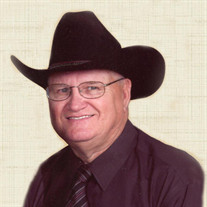 Bobby Ray Farmer, formerly of Scurry and recently of Terrell, passed away on Sept. 1, 2021 in Dallas. He was born November 4, 1938 in Dallas to Orvel and Helen (Degaugh) Farmer, both of whom welcomed him into Heaven along with his sister-in-law, Judy Farmer. Bobby grew up in Dallas and at a year and a half old, Bobby was diagnosed with Polio and received many treatments from Scottish Rite Hospital. He never let the disease limit his life and he graduated from Crozier Tech HS in 1957 where he played football and was in the band. He worked for Mercantile National Bank in Downtown Dallas where he also met a co-worker and lovely young lady, Bette Emerson, who was to become the love of Bobby’s life. On Aug. 4, 1962, he and Bette were married and together they raised their son with a solid foundation of love. Bobby loved camping and every summer, he, Bette, and their son, Kelly, would travel all over the US for camping vacations to make new treasured memories. They visited many states and locations in their travel trailer from the east coast to the west with their favorite place being Ruidoso, NM. The beautiful scenery, kind people and the cooler temperatures made Ruidoso a frequent destination by the family that they each especially looked forward to. Bobby also was an avid bowler and participated in many leagues over the years. A kind man who was devoted to his family, Bobby will be missed by all who knew him. He is survived by his wife of just over 59 years, Bette Farmer; son, Kelly Farmer; grandson, Jake Farmer; brother, Donald Farmer; nephew, David Farmer; former daughter-in-law, Sharon Farmer as well as other extended family, church family and many friends. Funeral service will be at 10:00am, Tuesday, September 7, 2021 at Landmark Church of Christ in Kaufman with interment to follow at Mt. Olive Cemetery in Scurry, TX. The family will receive friends 5:00pm to 7:00pm, Monday, Sept. 6, 2021 at Max Slayton Funeral Chapel.

Bobby Ray Farmer, formerly of Scurry and recently of Terrell, passed away on Sept. 1, 2021 in Dallas. He was born November 4, 1938 in Dallas to Orvel and Helen (Degaugh) Farmer, both of whom welcomed him into Heaven along with his sister-in-law,... View Obituary & Service Information

The family of Bobby Ray Farmer created this Life Tributes page to make it easy to share your memories.

Bobby Ray Farmer, formerly of Scurry and recently of Terrell,...

Send flowers to the Farmer family.