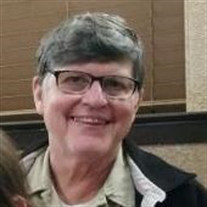 Brad Magness, of Terrell, passed away peacefully with family at his side on the morning of May 11, 2018. Brad was born March 2, 1951 in Tulsa, Oklahoma to James Frank and Jimmie (Holland) Magness, both of whom preceded him in death. Brad grew up with a strong foundation in service to others that had been instilled in him as a young boy growing up in East Texas and serving as a boy scout. His first job was at a Brookshire’s grocery store where he worked while attending Longview High School. He graduated high school in 1969 and went on to attend Texas Tech University. He was accepted into the United States Military Academy at West Point, where he participated in their boxing program and graduated with the class of 1974 to become a lifelong member of “The Long Gray Line”. The leadership skills and academic expectations levied at military college enabled Brad to continue to serve honorably for six years as an infantry officer. In the Army, Brad completed the Armor Officer Basic Course, and served with the 1st Armored Division at Ft. Bliss in El Paso, Texas. He then completed Ranger School at Ft. Benning, Georgia to earn his Ranger Tab and Parachute Badge. His overseas service included armor bases in Germany and at the DMZ in South Korea. He continuously built onto his knowledge of leadership skills and attained the rank of Captain before leaving the military at Ft. Riley, Kansas to join the private sector. He was employed with Schlumberger where he worked at various oil fields throughout Texas. Eventually he joined General Dynamics (now EFW of Elbit Systems) as an electronics engineer. He worked at EFW and made many lasting friendships with coworkers there. He made the work commute from Terrell to Fort Worth until his formal retirement as a senior test engineer in 2017. Military history with a focus on the Civil War, fascinated Brad. He would voraciously read books and watch documentaries about a myriad of military history subjects. He also loved watching old Westerns, such as The Rifleman and Gunsmoke, throughout his life. He enjoyed keeping busy and working on, and with, anything mechanical or electronical that needed to be fixed. He loved dogs and had many throughout his life. His Brittany Spaniel Gypsy, held a special place in his heart alongside the many memories of hunting in East Texas and Kansas. He will be missed by all those who knew him. Brad is survived by his sons: Alex Magness and wife, Julie, of Terrell and Nathan Magness of Terrell; daughter, Julie Anne Magness of Terrell; grandchildren: Gracie, Alexis, Natalie, Korben, Alexander, Aubrey and Samantha; siblings: Frank Magness and wife, Linda, Kathy Denton and husband, Paul, and Glenn Magness and wife, Jaton as well as several nieces, nephews, extended family and a host of friends. Funeral service will be 1:00 pm Saturday May 19, 2018 at the First United Methodist Church 503 W. College St. Terrell. Interment will follow at Oakland Memorial Park with military honors. Family will receive friends 6 pm to 8 pm Friday, May 18, at Max Slayton Funerals and Cremations. For those wishing, memorials in honor of Brad can be made to St. Jude’s Research Hospital at www.stjude.org.

Brad Magness, of Terrell, passed away peacefully with family at his side on the morning of May 11, 2018. Brad was born March 2, 1951 in Tulsa, Oklahoma to James Frank and Jimmie (Holland) Magness, both of whom preceded him in death. Brad grew... View Obituary & Service Information

The family of Bradley Magness created this Life Tributes page to make it easy to share your memories.

Brad Magness, of Terrell, passed away peacefully with family...

Send flowers to the Magness family.