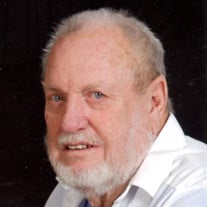 Bruce Anthony Braddock, Sr., 79, of Terrell passed away on April 29, 2019. He was born on November 11, 1939 in Ft. Worth, Texas to Jessie Braddock and Sylvia White Braddock, both of whom preceded him in death along with his sister, Doris Ables and brother, Glen Braddock. Bruce was known as a friendly face and kind neighbor. He would often visit his neighbors and was always available to give helpful advice and see to it that others were taken care of. As a young man, he proudly served in the United States Navy for four years and was stationed at the U.S. Naval Station in San Diego, California. After leaving the Navy, Bruce’s talents at carpentry and building enabled him to establish a reputation as an extraordinary handyman. As a carpenter by trade, he was a part of constructing many different offices, retail buildings and movie theaters all around the Dallas area. Bruce was an active member of the First Baptist Church in Terrell where he regularly attended bible studies and enjoyed the fellowship that came along with them. His keen insight and knowledge of the Bible was readily seen by others and his thirst for truly knowing God’s Word was a defining characteristic of Bruce’s personality. He was a steadfast follower of Jesus and a loyal friend to so many that counted it an honor to meet him. Bruce had a deep sense of honor, chivalry and faith and he will be missed by all who knew him. Bruce is survived by his daughters: Chris Oppermann of Richardson, Tami Jones of Quinlan, and Elizabeth Braddock of San Antonio; sons: Tony Braddock of Houston, Tom Braddock of Springtown, Tim Braddock of San Antonio and John Braddock of California; sisters: Lila Braddock of Spring, and Kathy Hodges of Katy; brother, Marlin Braddock of Watauga as well as extended family, church family and a host of friends. Graveside service will be at 10:15am, Friday, May 10, 2019 at Dallas/Ft. Worth Cemetery with military honors under the direction of Max Slayton Funerals and Cremations. For those wishing, memorials may be made to the First Baptist Church of Terrell, 405 N. Catherine, Terrell, TX, 75160.

Bruce Anthony Braddock, Sr., 79, of Terrell passed away on April 29, 2019. He was born on November 11, 1939 in Ft. Worth, Texas to Jessie Braddock and Sylvia White Braddock, both of whom preceded him in death along with his sister, Doris Ables... View Obituary & Service Information

The family of Bruce Braddock Sr. created this Life Tributes page to make it easy to share your memories.

Bruce Anthony Braddock, Sr., 79, of Terrell passed away on April...

Send flowers to the Braddock family.