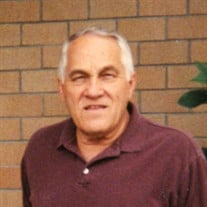 It is with great sadness that the family of Charles Herman Gann announce his peaceful passing at his home with his wife beside him, and into his heavenly home on December 27, 2021. Charles was born in Becker Community in Kaufman County, Texas on September 24, 1939. He graduated from Terrell High School and East Texas State University with a Bachelor’s Degree in Education. Later, Charles earned a Master’s Degree in school administration and spent his entire career in public education. Most notably, Charles served as the Provost of the Terrell Campus of Trinity Valley Community College for 32 years where the school both grew and flourished under his leadership. His passion for his faculty, students, and campus was apparent to all who knew him. In addition, Charles enjoyed passionately serving his Terrell community for many years. Among his most important contributions was serving on the Board of the Terrell Economic Development Corporation, past President of the Terrell Rotary Club where he was also a Paul Harris Fellow, and Chairman of the Board of the Terrell Chamber of Commerce. Charles was especially proud to serve on the committee for the bond election process that eventually brought to life the Jamie Foxx Performing Arts Center. From emceeing the Tigerette Shows and Chamber Banquets, to chili cook-offs at the Terrell Heritage Jubilee, Charles constantly found ways to devote time to his community. Charles enjoyed several hobbies and interests that included hunting with his buddies, bass fishing, reading, cooking, gardening, and the occasional pipe or cigar with a glass of good Scotch by a nice campfire. He is preceeded in death by his loving parents, Dolphus Herman Gann and Iva Lee McIntyre Gann, as well as his brother-in-law, Stanley Criswell. Charles is survived by Linda, his dedicated wife of 37 years; his sister and brother-in-law, Wanda and Al Sikes of Terrell; daughter and son-in-law, Cristy and Dan Kluener of Terrell; daughter, Kim Gann of Aurora, Colorado; son and daughter-in-law, Richie and Jill Dodgen of Allen, Texas, and son and daughter-in-law, Clay and Meredith Dodgen, of College Station, Texas as well as his grandchildren: Logan Anne, Truitt, Cambrie, and Brooks. Graveside service will be at 11:00am, Friday, Dec. 31, 2021 at College Mound Cemetery. Mr. Gann will be in state for visitors beginning at 1:00pm, to 6:00pm, Thursday, Dec. 30, at Max Slayton Funeral Chapel. The family strongly suggests that in lieu of flowers, memorials may be made to Terrell Animal Alliance, 13802 Sarah Lane, Terrell, TX 75161 or to American Heart Association, www.heart.org, or ALS Association at www.alsa.org.

It is with great sadness that the family of Charles Herman Gann announce his peaceful passing at his home with his wife beside him, and into his heavenly home on December 27, 2021. Charles was born in Becker Community in Kaufman County, Texas... View Obituary & Service Information

The family of Charles Herman Gann created this Life Tributes page to make it easy to share your memories.

It is with great sadness that the family of Charles Herman Gann...

Send flowers to the Gann family.