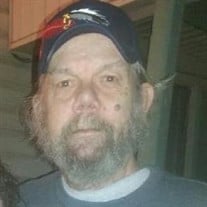 Dale Allen Dickerson, of Terrell, passed away peacefully with his daughters at his side on the afternoon of November 12, 2019. Dale was born March 18, 1947 in Blackwell, OK to Ervin and Ruby Dickerson, both of whom were waiting in Heaven to welcome Dale along with his beloved wife, Jane, children: Brian Dickerson and Allison Mashburn and brother, Paul Dickerson. Dale grew up in Oklahoma and after attending high school, he was drafted into the Army where he served during the Vietnam War having been stationed in Germany. During his military service, Dale trained sharpshooters and developed his organizational skills and dedicated work ethic which would serve him well after his honorable discharge. Returning home, Dale began working for TG & Y, and he was given a management opportunity in Terrell which led him here to live. Not only did Dale have a great work opportunity in Terrell, he met the love of his life and his soulmate, Jane, while managing the store. On April 22, 1983, he and Jane married, and him and his “Lovely Lady” would go on to have two precious daughters. He and Jane raised their family with love, good times and great memories. The love they had for each other was the firm foundation that their home was built on. In the mid 1980’s, Dale owned and operated IPC, a computer design company which allowed his attention to detail and his friendly personality to form a loyal customer base. Dale also later worked at Vistawall in customer service and then at Wal-Mart at the Terrell location at nights. Dale loved history and he and the grandchildren would take many trips to historical sites to learn more about the people and places around Texas. He enjoyed fishing, John Wayne movies, reading Louis L’Lamour, watching the Dallas Cowboys, and dancing with his sweetheart and girls. His favorite pastime of all was to spend time with his beloved daughters (of whom he was very proud) and his precious grandchildren. Being a loving husband and Daddy and a Papa were the single most important titles that Dale felt he could have. A man, who was very straightforward but who had a heart of gold, Dale will be very missed by his family and friends but they take comfort in knowing that he is at Jane’s side again until they can all be reunited one great day. Dale leaves to cherish his legacy of love to his daughters: Tara Martinez and husband, Raul, and Taryn Bostick and husband, Shane, all of Terrell; grandchildren: Brian “Jay”, Wyatt, Ally, Rylan, Jesse, Daylan, and Rivyn; siblings: Jerry Dickerson, Lester Dickerson, and Shirley O’Connor as well as several nieces, nephews, extended family and a host of friends. A Mass of Christian Burial will be at 11:00am, Monday, November 18, 2019 at St. John the Apostle Catholic Church with Rev. James P. Orosco as celebrant. Interment with military honors will be at Oakland Memorial Park. The family will receive friends 4:00pm to 6:00pm, Sunday, November 17, 2019 at Max Slayton Funeral Chapel. In honor of Jane and Allison, memorials can be made in Dale’s name to the March of Dimes at www.marchofdimes.org.

Dale Allen Dickerson, of Terrell, passed away peacefully with his daughters at his side on the afternoon of November 12, 2019. Dale was born March 18, 1947 in Blackwell, OK to Ervin and Ruby Dickerson, both of whom were waiting in Heaven to... View Obituary & Service Information

The family of Dale Dickerson created this Life Tributes page to make it easy to share your memories.

Dale Allen Dickerson, of Terrell, passed away peacefully with...

Send flowers to the Dickerson family.