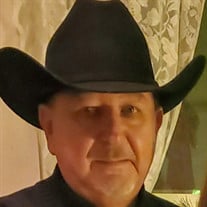 Dale Martin, longtime resident of Terrell and Wills Point, passed away peacefully surrounded by family on the morning of July 9, 2021. Dale was born on October 3, 1948 in Wills Point to Frank and Robia Mae (Stroud) Martin, both of whom met him in Heaven along with his infant sister, Shirley Ann Martin, who passed in 1937. Dale lived in Terrell for most of his life, helping with the forward movement of building the city to what it is today through civic memberships, friendships and professional relationships that encouraged the growth of the town he loved. Upon graduating high school, he proudly served in the US Navy. After his honorable discharge, he continued the education he began in the Navy and attained his Masters of Science in Business, leading him to a career in financial analytics. He began working in the banking industry which led to his career at the Federal Deposit Insurance Corporation (FDIC), from where he retired after 33 years. Each position he held was a perfect fit in that his daily interactions with banks, clients and federal agencies would be handled with his skilled professionalism and a high degree of discretion. His attention to detail and all the scenarios for investors made him an invaluable asset in this field, as well as to the many clients he served during his tenure as Trust Specialist. Dale was also a committed community member to his hometown and he served in many civic leadership positions including the Past President of Kiwanis Club and Lions Club and a member of the American Legion. He was also a member of the Dallas Commandry No. 6 Knights of Templar, a 32nd degree mason with Artesia Lodge No. 406 in Terrell, as well as the Scottish Rite of Freemasonry and the Hella Shriners. Dale had a servant’s heart for others while having a quiet personality. His few words, when spoken, were filled with insight, wisdom, and sharp wit. The many friendships Dale developed over the years lasted his entire life in that he was a great friend to all. He found joy in helping others, and at any moment, Dale would willingly give all that he had to anyone in need. His quiet demeanor was simply a reflection of the deep devotion to his family and friends and he will be greatly missed by all who were blessed to know him. Dale is survived by his wife, Patricia Kennedy Martin, of Terrell; children: Chris Martin of Terrell, Dustin Martin and wife, Beth, of Memphis, TN, Jennifer Clowers of Terrell and Bobby Lambeth of Kaufman; grandchildren: Macy Clowers, Bradley Clowers, Brady Clowers, Matthew Clowers, Jordan Lambeth and wife, Jasmin, Mason Lambeth, Hannah Lambeth, Hayden Lambeth, Bonnie Martin, Frankie Martin, Hollie Martin, Madison Williamson, Amelia Martin and Harrison Martin; great grandchildren: Angel Lambeth, Jane Lambeth, Presley Pina and Zayden Andrade, as well as other extended family and a host of friends, all of whom loved Dale dearly. Funeral service will be at 11am, Friday, July 16, 2021 at Max Slayton Funeral Chapel with interment to follow at White Rose Cemetery in Wills Point. His family will receive friends from 5pm to 7pm, Thursday, July 15, at the funeral home. For those wishing, memorials in Dale’s name may be made to the National Kidney Foundation at www.kidney.org.

Dale Martin, longtime resident of Terrell and Wills Point, passed away peacefully surrounded by family on the morning of July 9, 2021. Dale was born on October 3, 1948 in Wills Point to Frank and Robia Mae (Stroud) Martin, both of whom met him... View Obituary & Service Information

The family of Mr Dale Martin created this Life Tributes page to make it easy to share your memories.

Send flowers to the Martin family.