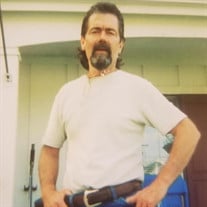 Danny C. Coulter, of Terrell, Texas passed away March 6, 2020 with his family at his side. Danny was born Feb. 5, 1948 in Henderson, Texas to Leonard and Mildred (McLeroy) Coulter, both of whom preceded him in death along with his beloved Grand Parents Doyle and Effie Bird. Danny was the owner of Coulter & Co., General Contractors specializing in restoration and remodeling since 1974. He prided himself in being a positive influence in the lives of his customers, employees, and community. In 2003, he found and later married the love of his life, Judith Ann Webb. Together they spent the last 17 years enjoying the best of times with family and friends. Danny, a decorated U.S. Army Veteran, proudly served during the Vietnam War. He was also a Master Mason with the Aubrey E. Hope Lodge No. 1446 and a Shriner Clown (aka Dilly Dally), putting many smiles on childrens faces during parades, festivals and charitable functions. A generous man of his word, in thoughts and deeds, Danny will be missed by all who knew him. He leaves to cherish his memory his beloved wife, Judy Coulter, of Terrell; children: Devona Cuellar and husband Frank, of Garland, Diana Coulter, of Mesquite, Julia Hilliard and husband, Keith, of Mesquite, Justin Dryman of Terrell, Matthew Dryman and wife, Casie, of Sunnyvale, and A.J. Dryman, of Terrell; grandchildren: Kaitlyn, K.J., Kameron, River, Dillon, Memphis, Peyton, Brittany and Josh, Michael and Hailey, and BreAnna; great grandchildren: Kammy, Kolten, October, BrantLee, Ace, Carter and Aaron; brother, Mike Coulter and wife, Cindy, of Cedar Creek as well as many other aunts, uncles, nieces, nephews, cousins, extended family and a host of friends. A Celebration of Danny’s life will be at 6:00 pm, Monday, March 16, 2020 at First Assembly of God Church in Terrell. For those wishing, memorials may be made in honor of Danny to the First Assembly of God, 203 Main Street, Terrell, TX, 75160 or to https://www.gofundme.com/f/danny-c-coulter-memorial?utm_source=customer&utm_medium=copy_link-tip&utm_campaign=p_cp+share-sheet

Danny C. Coulter, of Terrell, Texas passed away March 6, 2020 with his family at his side. Danny was born Feb. 5, 1948 in Henderson, Texas to Leonard and Mildred (McLeroy) Coulter, both of whom preceded him in death along with his beloved Grand... View Obituary & Service Information

The family of Danny C. Coulter created this Life Tributes page to make it easy to share your memories.

Send flowers to the Coulter family.