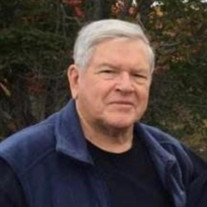 The service will also be live-streamed on the Rockwall and Brin Church of Christ Facebook page, https://www.facebook.com/RockwallAndBrinChurchOfChrist/ ***Wearing Masks is suggested at the request of the family*** Don was born September 25, 1944, to his parents, Herald W. Burnes and Della Jo Morton Burnes, and lived his entire life in Terrell. Before graduating from Terrell High School in 1963, Don played football, tennis, and basketball, and was a a member of the THS band. Toward the end of his sophomore year, Don met a “new” girl who had just moved to Terrell, who always had a bow in her hair. Her name was Suzie Davy, and Don went home that night and told his parents he had met the woman he was going to marry. After dating for three years, and making sure she had a job to support him as he went to college, Don married Suzie on October 10, 1964. They were blessed to become parents to Todd Patrick, Ty Gregory, and Tiffani Suzanne. After receiving his Bachelors (1966) and Masters (1968) degrees from East Texas University in Commerce, TX, Don was employed by the Terrell Independent School District. He spent 34 years in education — 14 years as a teacher, and 20 years as an administrator. During his teaching years, he was named ICT Teacher Of The Year. He was a member of the Terrell Lions Club for many years. He was always a huge fan of football, a sport both of his boys played. The Burnes family held season tickets (as many as 14 as the family grew) on the 50 yard line for more than 50 years. Don and Suzie loved to travel. Some of their most memorable trips were to Hawaii, Alaska, Las Vegas, and Bar Harbor, Maine. In 1972, dear friends K.L. and Joanne Breeden introduced the Burnes family to the beautiful town of Lake City, Colorado. Don and the family were blessed to spend 49 summers there, and Lake City became his happiest place. He had many close and loving friends, and “solved” many problems of life sitting with his puppy, Jingles, and later Bandit, on the porch of the Henson Creek RV Park. Don was an avid fisherman and taught all of his children the love of fly-fishing. His last moments were spent in the river he loved so much with his son Todd. Many of Don’s favorite hobbies took place outdoors. In addition to fishing, Don loved to hunt, and play golf. When his sons were teenagers, he led a group of Boy Scouts to Philmont, New Mexico, for a 2 week-long hiking and camping adventure. He officiated high school and junior college football games for more than 20 years. Don and Suzie were faithful members of the Rockwall and Brin Church of Christ in Terrell, where Don was a member for over 65 years. He served as a deacon, and later as an elder, a role filled previously by his father, and now by his son, Ty. He also served as a song leader for more than 20 years. Don was preceded in death by his parents, Herald and Della Jo Burnes. Don leaves behind his high school sweetheart and love of his life, Suzie Burnes (who would have celebrated 57 years of marriage in October); his beloved sons: Todd Burnes and his wife, Nicole, of Dallas, Ty Burnes and his wife, Misti, of Forney, and his cherished daughter, Tiffani Corbett, and her husband, Stephen, of Abilene. In addition to his wife and children, the pride and joy of Don’s life were his grandchildren: Andrew, Colton, and Haven Burnes, Faith and Emma Burnes, and Kyal and Kolby Corbett. Don is also survived by his cousins, Patsy Spoerl and Carole Morton, both of Dallas; sisters-in-law, Tricia Smith of Terrell and Judi and Larry Webb of Sunnyvale, as well as nieces and nephews and a host of friends. Special love to the Charles Wieland family for their love and support for many years. To our sweet Peggy, we love you so much! Memorial donations may be given to the Terrell Share Center, a ministry Don loved, https://www.paypal.com/donate?token=NJXKV8q31NMOkThgwFznFqyDhR2_PdsCWjMzP2biT1VZuq67jiGt6-vAkt3mdG6D3cOx-ZmaUWkhW37k or mail to 104 Jones St. Terrell, TX 75160. A celebration of life will be at 1:00 p.m., Saturday, September 18, 2021 at Rockwall and Brin Church of Christ. A reception will immediately follow Don's memorial service in the family life center.

The service will also be live-streamed on the Rockwall and Brin Church of Christ Facebook page, https://www.facebook.com/RockwallAndBrinChurchOfChrist/ ***Wearing Masks is suggested at the request of the family*** Don was born September 25,... View Obituary & Service Information

The family of Don Burnes created this Life Tributes page to make it easy to share your memories.

The service will also be live-streamed on the Rockwall and Brin...

Send flowers to the Burnes family.