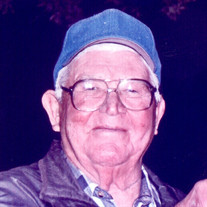 Elvy J. Cole was born on September 25, 1926 in McDuff, TX to Jacob and Willie Cole. His mother passed away soon after his birth, and his early years were very rough. However, that changed when he turned 8… He went to live with the McCasland family, a farming family in Kemp, TX, that already had four children. From the very first day, Elvy was treated as one of their own, and they all became the family he had never had. In 1944, at 17, and with his parent’s permission, he dropped out of high school, and joined the US Navy. He served on the aircraft carrier U.S.S. Sangamon in the pacific where he worked in the engine room. In May 1945, the ship was struck by a kamikaze plane, damaging it severely, and killing many sailors. The ship made it all the way back to Norfolk, VA, and repairs commenced. Elvy was on shore-leave in Washington DC when the atomic bomb was dropped on Hiroshima. With the war over, his ship was not repaired, but he elected to stay in the navy, and served until 1947 on the destroyer U.S.S. Collet. After his military service, he went to work for Southwestern Bell Telephone, now known as AT&T. He worked for the company for 41 years, retiring in 1990. He served as union steward for the Communication Workers of America for many years while at AT&T. Elvy married Mazeppa Ann Ligon in 1950. They had a daughter, Kimberly Ann, on September 25, 1959. Two days after Kim’s birth, Ann passed away. In 1964, he married Mary Kathryn Marshall. They had a son, Joseph Marshall, on October 23, 1967. He was a member of First Christian Church in Terrell all his adult life. He and Kay delivered meals on wheels for almost 20 years after his retirement, stopping only when his mobility made it too difficult. He was a member of the Artesia Lodge #406 in Terrell for most of his adult life and achieved the rank of 32nd degree Mason. Elvy was also a member of the Hella Shrine. Elvy was a regular fixture at the Oak Grove Country Club where he was an avid golfer and played into his late 80s. He was a fisherman, hunter, and gardener all his life, and often took fresh vegetables to his friends and neighbors. He had a heart for others and was always sharing his cooking, stories and jokes. Elvy was a beloved man in Terrell, known for his pranks, wonderful sense of humor and his un-ending kindness. He loved children, and almost always had candy in his pocket for chance encounters with kids. He is survived by his loving wife of over 50 years, Kay; his children, Kim and Jay; son-in-law Terry Wilhite; granddaughters, Audrey Hamilton and Molly Cole; mother of his grandchildren, Terri Cole; great-grandson Owen Hamilton, other relatives, and a host of loving friends. Elvy’s life will be celebrated 2:00 p.m. Saturday, June 22, 2019 at the First Christian Church in Terrell. A gathering of friends and family will be held from 5:00 p.m. to 7:00 p.m. Friday, June 21, 2019 at Max Slayton Funeral Chapel. In lieu of flowers his family asks that donations be made to the First Christian Church at 405 N Adelaide St., Terrell, Texas in Elvy’s honor.

Elvy J. Cole was born on September 25, 1926 in McDuff, TX to Jacob and Willie Cole. His mother passed away soon after his birth, and his early years were very rough. However, that changed when he turned 8&#8230; He went to live with the McCasland... View Obituary & Service Information

The family of Elvy J. Cole created this Life Tributes page to make it easy to share your memories.

Send flowers to the Cole family.