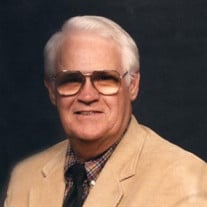 Francis Ruble Jones passed away peacefully on October 25, 2018 with his family at his side. He was born on March 22, 1933 in Meridian, Mississippi to Wilson “Bo” and Thelma Ginn Jones. Francis is preceded in death by his beloved wife of 29 years Marilyn Walker Jones who passed away December, 1983, his daughter, Terri Frances Smith, his parents, brothers: Wilson Danvis Jones and Robert Lee Jones, and granddaughter, Crystal Gale McGuire. Francis served in the United States Army as a Sergeant from January 11, 1952 through January 10, 1955. He is a Korean War Veteran and proudly served as a Medic as well as personal assistant to President Harry S. Truman. As a result of his dedicated sacrifices to his country, Francis was the recipient of Korean Service Medal with three camp stars, UN Service Medal, National Defense Service Medal, and a Good Conduct Medal. He received an Honorable Discharge from active duty after which he served in the reserves for eight years. Francis followed his high school sweetheart Marilyn Walker to Texas and married on June 4, 1954. From this union was born Donald Lavirt Jones in 1957, Terri Frances Smith in 1960, and Traci Elizabeth McLemee in 1964. Francis was an adventurous entrepreneur with two grocery stores in South Dallas. He had a no-nonsense personality that was an effective diversion for his generous heart. Francis was a man of his word and his honesty in everything he did was well known. After owning and operating the grocery stores, he went on to work for Rounds and Porter – Building Materials. His talent for being able to make everyone he met feel instantly comfortable enabled Francis to be named Salesman of the Month and Salesman of the Year several years in a row by his colleagues and supervisors. He retired in 1995 having made many new friends and building a reputation based on integrity and honor. His hobbies were Football Sunday (or any day!) and his favorite team was the Dallas Cowboys. Francis also enjoyed fishing, golfing, building projects, teaching kids to fish, and helping others in any way he could. The example of his work ethic and devotion to his family will continue to be the legacy that they all will proudly carry into future generations. Francis is survived by his son, Donald Jones and wife, Marcia; daughter, Traci McLemee and husband, Gary; grandchildren: each of whom he loved and called his “Babies” and “Little Darlin’s”: Jennifer Jones, Jennifer and Michael Halbert, Misste and Jamie Phillippi, Amber and Tony Meador, Brandon McGuire, Jeffrey and Cristy Smith, Marilyn and Donnie Binda, Melody and Matt Cano, and Merissa and Ricky Soto; great grandchildren: Dorthie Ann and Steven, Danielle, Nathen, Zackery, Christian, Tre’, Austin, Catelynn, Lauryn, Bailey, Mason, Tanner, Heyleigh, Layla, Kinley, Brynna, Ricky Jr., Alyse, Jordan, Adrian, and Charlotte; great-great grandchildren: Devin, Mason, and Karter; brothers and sisters: Harold Jones, Billy Jones, Ann Dean, Lydia Parker, Margaret Trest and Ronnie Jones as well as several nieces, nephews, extended family and a host of friends, all of whom will miss Francis dearly. Funeral service will be at 2:00pm, Saturday, November 3, 2018 at Max Slayton Funeral Chapel. Interment with military honors will immediately follow at Oakland Memorial Park. The family will receive friends 6:00 to 8:00pm, Friday, November 2, 2018 at the funeral home.

Francis Ruble Jones passed away peacefully on October 25, 2018 with his family at his side. He was born on March 22, 1933 in Meridian, Mississippi to Wilson &#8220;Bo&#8221; and Thelma Ginn Jones. Francis is preceded in death by his beloved... View Obituary & Service Information

The family of Francis R. Jones created this Life Tributes page to make it easy to share your memories.

Send flowers to the Jones family.