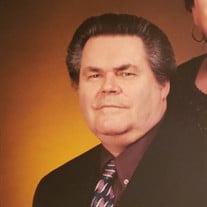 James “Jim” Freeland, longtime resident of Terrell, passed away peacefully with family at his side into the presence of his Savior on the morning of July 31, 2019. Jim was born on January 26, 1944 in Pocahantas, Ark. to Everett and Vivienne Freeland, both of whom also welcomed him into Heaven. Jim enlisted, and served with honor and distinction, in the US Army in 1962 until 1968. During this time, he married the love of his life, Mary Marie Huddleston, on June 19, 1965 in Garland. After his honorable discharge, Jim and Mary settled down in the Terrell area where they raised their two children with immeasurable love. He worked for Dr. Pepper Bottling Company in Irving, TX as the Production Manager and Bottling Supervisor for over 43 years until his retirement. Jim’s incredible knowledge of how the beverage industry had changed over the decades that he was involved allowed his many colleagues and co-workers to see the invaluable perspective he brought to the facility’s continued growth. Jim always looked at every challenge as an opportunity to grow and help others, and the company, grow in a positive way. His faith and love for the Lord was also a hallmark of his personality. He and Mary together were faithful and active members of First Assembly of God in Terrell where his smile and helpful nature was a blessing to so many in church and in the community. A loving man who always had a heart for others, Jim will be greatly missed by everyone who met him. Jim’s memory will be cherished by his wife of 54 years, Mary Freeland of Terrell; son, Nathan Freeland and wife Amanda of Texarkana, Tx; daughter, Elizabeth Rice and husband Roger, of Mesquite, Tx; grandchildren: Xavier Muratalla, Mercedes Muratalla, Colby Freeland and Makyna Freeland; brother, Wayne Freeland and wife, Dorothy and sister, Carolyn Pyle, as well as other extended family members, loving church family and a host of friends. Funeral service will be at 11:00am, Monday, August 5, 2019, at First Assembly of God in Terrell with Rev. Lonnie Harris and Rev. Kay Pulley officiating. Family will receive friends 4-6pm, Sunday, Aug. 4, 2019 at Max Slayton Funerals and Cremations. Interment with military honors will be at 9:30am, Tuesday, Aug. 6, 2019 at Dallas/Ft. Worth National Cemetery. For those wishing, memorials in Jim’s honor may be made to the Adopt-A-Block Ministry, 203 Main St, Terrell, Tx, 75160 or to www.terrellfirst.org/give and select Adopt-A-Block. During a time like this, the family takes great comfort in the writings of Paul in his letter to Timothy, “I have fought the good fight, I have finished the race, I have kept the faith. Now there is in store for me the crown of righteousness, which the LORD, the righteous Judge, will award to me on that day-and not only to me, but also to all who have longed for his appearing.” We take comfort in knowing that we will see our husband, dad, Papa, brother, and friend again and for all eternity.

James &#8220;Jim&#8221; Freeland, longtime resident of Terrell, passed away peacefully with family at his side into the presence of his Savior on the morning of July 31, 2019. Jim was born on January 26, 1944 in Pocahantas, Ark. to Everett... View Obituary & Service Information

The family of James "Jim" Freeland created this Life Tributes page to make it easy to share your memories.

Send flowers to the Freeland family.