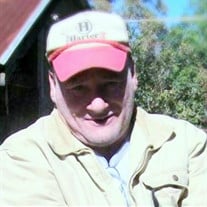 Jerry Willis Thornton December 1,1948 – April 10, 2022 Jerry Willis Thornton was born to George W. Thornton and Opal Vaughn Thornton of Alto, Texas on December 1, 1948. He attended school in Rusk and Gallatin Texas. Jerry passed away on April 10, 2022 at the age of 73 after a short battle with cancer. Jerry was preceded in death by his parents George Willis (GW) and Opal Thornton, one brother, Thomas Wayne Thornton and grandson, Matthew Alan Raney-Brunk. Jerry’s memories will be cherished by his wife, children, family, and friends. He is survived by his wife of 47 years, Lona Jean Thornton; five children: Sondra Holder of Garland, Texas, Jerry Wayne Thornton of Kilgore, Texas, Tracy Rickman and husband James of Terrell, Texas, Terri Thornton Brager and husband Oscar of Kilgore, Texas, and James Thornton of White Oak, Texas; fifteen grandchildren and seven great grandchildren. Jerry is also survived by his sister, Judy Castilleja of Jacksonville, and brother George Thornton of Jefferson, Texas as well as other extended family and many friends. Jerry grew up in Cherokee County and resided in Rusk County most of his adult life. He was a talented mechanic and builder. During his life he also held jobs newspaper and hot shot deliverer, fireman, and gardener. His last job was as his wife’s caretaker till his health failed. He was a jack of all trades and Jerry enjoyed spending time tinkering in his workshops and working in the yard. A private memorial will be held by family on Saturday, April 16, 2022. God saw you getting tired, and a cure was not to be. So, He put His arms around you and whispered come to me. With tearful eyes we watched you suffer and saw you slowly fade away. Although I loved you dearly, I could not make you stay. Hardworking hands put to rest. God broke my heart, when He took the best. Now it’s time for you to rest.

The family of Jerry W. Thornton created this Life Tributes page to make it easy to share your memories.

Send flowers to the Thornton family.