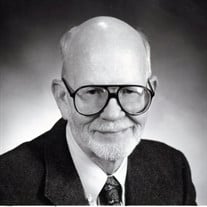 Jim Talmadge Raynes, longtime resident of Terrell, Texas, passed away Friday evening, February 23, 2018, at Dallas Regional Medical Center. He is survived by his wife of 56 years, Paula Jo Minter Raynes, daughters: Amy Fox and husband, Gary, of Terrell, Jennifer Rogers and husband, Gregg, of Royce City; grandchildren: Andrew Morton Burnes, Brett Talmadge Fox, Brandon Paul Scoggins, Lauren Elizabeth Fox, Jett Rogers, and Peyton Rogers. He is also survived by many beloved nieces, nephews, family and friends. Mr. Raynes was preceded in death by his parents Eugene Talmadge and Amanda Savannah Raynes, sister and brother-in-law Lometa and James Lancaster, sister Louise Raynes, sister and brother-in-law Frances and James Dear, and sister and brother-in-law Nita and Paul Roundtree. Raynes was born August 27, 1937 in Hunt County where he graduated from Commerce High School and East Texas State University. He was a veteran of the U.S. Army and Reserve. Mr. Raynes joined the First United Methodist Church of Terrell in 1964, was a member of United Methodist Men, and attended and led the Advanced Sunday School Class for many years. In 1962, Raynes became the Sports Editor of the Terrell Tribune—then a daily newspaper which published six days per week. Within a year he was named Managing Editor—a title he held for 35 years before his retirement. During his tenure as the editor of the newspaper, he served as the lead reporter on nearly all key areas of editorial coverage. He covered the Terrell-ISD beat, as well as the Kaufman County Courthouse and was the lead reporter for Terrell City Hall. Under Raynes’ leadership, The Terrell Tribune won many awards for journalistic efforts. He also captured over 30 individual first place awards at the Texas Press Convention for his own writing and photography. The Tribune’s long-time editor was named Texas’ Top Small Daily Newspaper Columnist by the TPA in 1975, 1976, and 1982. In 1980, he was named the Top Overall Editorial Writer. Jim Raynes was well respected for the stability, fairness and balance he gave to his reporting. He never subscribed to “sensational’ journalism and kept a calm perspective on the events that have been a part of Terrell’s history over the three decades he was overseeing the newspaper. Raynes retired from the Tribune in 1997, in part to help raise his growing number of grandchildren. Over the final two decades of his life, he developed a very close bond with his grandchildren who visited him on a nearly weekly basis from birth through maturity. The sight of Mr. Raynes at a booth surrounded by his grandchildren was a very common one in a number of Terrell’s restaurants throughout his twilight years. In an article written by Bill Jordan concerning Raynes’ retirement, he was quoted as saying: “His (Raynes) wry wit and calm manner are such an important part of the daily lives of those of us who have worked with him.” This was true in his life outside the newspaper office as well. Jim Raynes was dedicated to his wife, his daughters, and his grandchildren. He loved the Raynes and Minter families and enjoyed many special and loyal friends. He was a true gentleman. A Celebration of Life for Jim Raynes will be 3:00 pm Thursday March 1, 2018 at First United Methodist Church in Terrell with a reception to follow in the Fellowship Hall. Memorials may be made to the First United Methodist Church, 503 W. College St, Terrell, TX 75160, and to Renewal in Christ Ministries, PO Box 94, East Moline, IL 61244.

The family of Jim Raynes created this Life Tributes page to make it easy to share your memories.

Send flowers to the Raynes family.