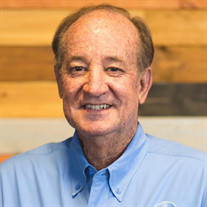 Dr. Jimmy D. Pritchard, of Forney, stepped into glory and laid his crown at the feet of Jesus on Wednesday, February 24, 2021. He was born August 30, 1955 in Fairfield, Texas to John Henry and Mary Cordelia (Brown) Pritchard, both of whom preceded him in death along with his sister-in-law, Nancie Pritchard. Brother Jim graduated from Fairfield High School in 1973, where he earned nine varsity letters in four sports and was elected class president all four years. He pursued his education at Navarro Junior College and then Sam Houston State University, where he earned his Bachelor of Arts in 1977. While attending a Sunday evening service of Fairfield’s First Baptist Church, he came under conviction from a sermon on Jonah preached by Pastor James E. Bishop and responded to Christ’s invitation for salvation. After a private visit with his pastor, he made his public profession of faith in Christ and was baptized on September 8, 1963. Soon thereafter, he began to sense a call to vocational ministry, but fought until surrendering to this call at age 19 because of a medical emergency and miracle. FBC Fairfield licensed him to preach in 1978. While working for an electrician before leaving for seminary, Bro. Jim met Jeannette Ann Gilbreath, who was working for the electrician’s wife’s ceramic shop. They dated while he was at seminary and were married on December 29, 1979. Two years later, he graduated from Southwestern Theological Seminary with a Master of Divinity degree and a three-month old son named James. Upon graduation, he was called to serve as pastor at First Baptist Church, Gould, Oklahoma, where he served from 1982-1984. While at Gould, his home church ordained him to the gospel ministry in 1982, and Jeannette gave birth to their second son: John. From Gould, the Lord called him to Elliott Baptist Church outside of Camden, AR, where he pastored from 1984-1987 and had a daughter: Julie. In 1988, the Lord called him to Austin, Texas to shepherd Congress Avenue Baptist Church, where he was until 1994. While in Austin, he earned a Doctor of Ministry degree from Southwestern. He began his ministry as Senior Pastor of First Baptist Church, Forney on April 1, 1994. During his 27 year tenure, he led the church to relocate from downtown to a $36 million facility. During this time, the church added 6,596 new members, 2921 of those by baptism. The church collected over $90 million in offerings, of which over $10 million was sent to mission work. His ministry staff has expanded from 3 ministers to 15. Over the years, 38 men and women have surrendered to vocational ministry. Beyond his service in the local church, Bro. Jim served as Trustee and Chairman of the Southern Baptist Convention’s International Mission Board (2006-2014), Trustee and Chairman of the Criswell College (2002-2007, 2010-2015), and Trustee of East Texas Baptist University (2002-2006). In 2014-1015, he served as the President of the Southern Baptists of Texas Convention. He has been a keynote speaker for the SBTC Empower Conference (2009) and the SBTC Annual Meeting (2010). Bro. Jim is survived by his beloved wife of 41 years, Jeanette Ann (Gilbreath) Pritchard, of Forney; children: James Craig Pritchard and wife, Kim, of Lafayette, LA, John Daniel Pritchard of College Station, TX, and Julie Nicole Franks and husband, Taylor, of New Braunfels, TX; grandchildren: Judah, Jolie, Josiah, John, Jordan, Hayden, Ty, and Cole; brothers: Randall Pritchard of College Station, Wayne Pritchard and wife, Annette, of Scurry, TX, and Dan Pritchard and wife, Brenda, of Broken Arrow, OK as well as other extended family. Calling Hours/Public Visitation for the community he served so faithfully to be able to pay their respects will be 11:00 a.m.to 6:00 p.m. Friday, March 5, 2021 in the Forum at First Baptist Church of Forney with family receiving friends 6:00pm to 9:00pm. Funeral service will be at 2:00pm, Saturday, March 6, 2021 in First Baptist's Worship Center with family also receiving friends beginning at 1:00pm to service time. Interment will follow at Hillcrest Cemetery. *Funeral will be available for live streaming on FBC Forney's website www.fbcforney.org/livestream/ * The family is asking that in lieu of any flowers, that donations be made to the Higher Ground 2.0, PO Box 97, Forney, TX, 75126 to fulfill the vision Bro. Jim had for FBC Forney and the community he loved so much.

Dr. Jimmy D. Pritchard, of Forney, stepped into glory and laid his crown at the feet of Jesus on Wednesday, February 24, 2021. He was born August 30, 1955 in Fairfield, Texas to John Henry and Mary Cordelia (Brown) Pritchard, both of whom preceded... View Obituary & Service Information

The family of Dr. Jimmy D. Pritchard created this Life Tributes page to make it easy to share your memories.

Send flowers to the Pritchard family.