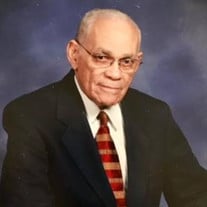 Dr Jorge Martinez was born May 2, 1926 in Cartagena, Colombia. He graduated from medical school at the Universidad de Cartagena in 1953. He completed his required Rural Medicine Service where he realized his goal of contributing to the well being of those in need. Such was to remain a dominant note in the opus of his life. In his determination to be the best he could possibly be, he moved to New Orleans to complete a rotating internship, a requirement for further training in surgery. There, he met the love of his life, his unwavering support, and the mother of his five children. Loved by the administrating sisters, the Daughters of Charity, he was fully supported in his desire to receive top-notch surgical training at St. Paul Hospital in Dallas and in his determination to treat all in need equally. Upon completion of his residency, he and his beloved moved back to Cartagena with a 2 year old, a one year old and a newborn infant in tow. In Colombia, the family flourished. His loving heart, indefatigable strength, unbending intent to achieve his goal, and ebullient personality resulted in his recognition as a Surgeon’s surgeon. His skills saved or improved the lives of anyone who sought his expertise: government officials, the homeless, captains of business, military leaders, laborers, nurses, physicians, and, on one well storied occasion, the child of a local drug lord. He felt he was given a gift. And it was his stated duty to return that gift to all who needed it, irrespective of one’s station in life. With this premise, one can imagine the reputation, respect and devotion he attained. Yet the family moved back to the United States to optimize opportunities for his, now, five children. Leaving behind so much, he brought with him his single-minded temperament and love of others to Terrell, Texas. There, he practiced 43 years. Once retiring from the practice of surgery, his vocation of medicine prompted him to practice at the Terrell State Hospital as Director of the Department of Medicine. Indeed, he retired at the age of 90, a demonstrated member of The Greatest Generation. Despite his adoration of Medicine, there was nothing more important to him than family and friends; and of the latter, he had many. He was a man who could hold unwavering beliefs and love with unquestioned reliability. Dedication, self-givingness, single-mindedness, and FUN are terms in the top ten adjectives that any who knew Dr. Martínez would use to describe him. All would agree he truly loved the life God gave him and lived it absolutely as fully as he could. Dr Jorge Martinez tenaciously clung to life, making the best of even those days plagued by the Small Cell Carcinoma which ultimately sapped his strength. His family came to his support, as he had so often done for them. And so, he passed on September 13 2018, to the next life while surrounded by them and in their love. Dr Jorge Martinez is preceded in death by his beloved wife, Rita Martinez, RN. He is survived by his children Jorge Martinez and David Glover, Donald Martinez, Marsha and Kevin Wylie, Lisa and Craig Rector, and Jeanette and Craig McCasland. “BaPa,” as he was more commonly known by his family, leaves behind eight grandchildren: Aaron Rector and his wife Heather, Lauren Rector, Trevor Wylie, Brogan Wylie, Sean Wylie, Maggie McCasland, Ethan McCasland, and Kate McCasland. Dr Martinez also leaves behind a host of beloved extended family, social friends, co-worker friends in Colombia, Panama, and the United States, most especially in Terrell. All reflect the love he so readily gifted them. A visitation for family and friends will be held on Wednesday, September 19, 2018 from 5:00 to 7:00 pm at Max Slayton Funeral Home, 642 North Rockwall Avenue, Terrell, Texas 75160. His Funeral Mass will be said at St John the Apostle Catholic Church, 702 North Frances Street, Terrell, Texas 75160. Rite of Committal will follow at Oakland Cemetery in Terrell. In lieu of flowers, the family will appreciate your making donations to your favorite charity.

Dr Jorge Martinez was born May 2, 1926 in Cartagena, Colombia. He graduated from medical school at the Universidad de Cartagena in 1953. He completed his required Rural Medicine Service where he realized his goal of contributing to the well... View Obituary & Service Information

The family of Dr. Jorge Martinez created this Life Tributes page to make it easy to share your memories.

Send flowers to the Martinez family.