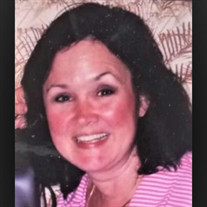 Karla Kathleen Wigley passed away August 14, 2021, at the age of 62. In February of this year, she received a devastating diagnosis of a rare and aggressive cancer. She battled beyond measure, persisting in her faith as long as possible. Her greatest accomplishment and biggest leap of faith was adopting her daughter Larkin Faith MengFen Wigley in 2007 from Hubei Province, The People’s Republic of China. Karla was born in Dallas, TX on August 5, 1959. She graduated as valedictorian in 1977 from the first graduating class of Booker T. Washington High School for the Performing and Visual Arts in Dallas. She later received her BFA from SMU Theatre Dept. and an MA from Smith College in Theatre History and Criticism. Karla found herself pursuing a successful career in fundraising and developmental work at the Dallas Museum of Arts, Austin College, Episcopal School of Dallas and then finally at St. Johns Episcopal School in Dallas. Karla enjoyed researching her family’s history and discovering all that that encompassed. This led to her involvement with the Texas Division United Daughters of the Confederacy in order to understand the complexity of her ancestors’ history and to hold position of Regent and Vice Regent for the Greater Dallas Chapter Daughters of the American Revolution. Those of us who were fortunate enough to receive the fruits of her other hobby, knitting, saw her talent there as well. She was and will forever be loved and remembered as a strong and determined woman, daughter, sister and friend. Karla was preceded in death by her mother Faye Wigley. She is survived by her father Don Wigley of Terrell; her daughter Larkin; Steven Wigley and wife, Vickie, of Kansas City, Laurie Wigley of Rowlett, Paula Akers and husband, Greg, of Heath, Zachary Wigley and wife, Karina, of Ft. Worth; nephews and nieces Michael, Steven Jr., Erin, Jason, Andrew, Sam, Ryan, Taylor, Jordan, Presleigh, Madison, Knox and Harper. Graveside service will be held 2:00 pm Saturday August 21, 2021at Campground Cemetery (CR-326 northeast of Poetry at FM-986, CR-2326 Poetry, TX 75160) with Father Oliver Butler and Reverend Lora Brandis officiating. For those wishing, memorials in honor of Karla may be made to the charity of your choice.

Karla Kathleen Wigley passed away August 14, 2021, at the age of 62. In February of this year, she received a devastating diagnosis of a rare and aggressive cancer. She battled beyond measure, persisting in her faith as long as possible. Her... View Obituary & Service Information

The family of Karla Wigley created this Life Tributes page to make it easy to share your memories.

Send flowers to the Wigley family.