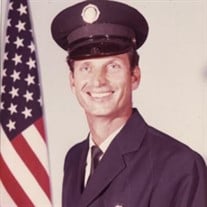 Kelsy Neal Leatherwood, 87, son of the late Walter and Era Leatherwood, passed away at his home in Terrell on January 24, 2022. He was preceded in death by his parents, ex wives Billie Martinez and Cheryl Leatherwood, daughter Kim G. Leatherwood and grandson K. C. Leatherwood, grandson Chandler Morris and siblings Mary Love, W. M. Leatherwood Jr, James O. Leatherwood, Paul B. Leatherwood and Joan G. Moore. Surviving children include Kelsie K. Council and Kelly Ray Leatherwood and wife Kathy of Terrell, Kevin C. Leatherwood and fiancée Misty Mauch of Tawakoni and Kerrie J. Bailey and husband Steve of Ohio. Grandchilden include Kody Leatherwood and wife Hollie of Terrell, Kelly Renee Leatherwood of Kaufman, Kama Senter and Kayde Evans of Ohio, Kasey and Kolton Leatherwood of Roanoke. Also surviving him is his special friend Denice Holley. He leaves two sisters Virginia DeLong and husband Tom of Terrell and Brenda LeBlanc of Louisiana. Kelsy was blessed with many great grandchildren. They include Kinsey Lopez of Dallas, Kayden Lengacher of Kaufman, Keeleigh and Kace Leatherwood of Terrell, Konor and Karter Haston of Ohio. One great great grandson Koen Leatherwood of MI also survives. An athlete all his life Kelsy, served as left end for the 1952 Terrell State Champion football team at Terrell High where he also participated in track events. During his high school years, he also worked at several service stations in Terrell. Following high school, he joined the U. S. Marines in 1956 where he served three years during the Korean War era. During this time, he met his first wife and mother of his five children Billie A. Archuleta in CA. After returning to Terrell with his family, Kelsy coached Little League baseball locally and was privileged to coach several of his nephews. He served seven years in the Garland Fire Department and later began his own air conditioning and heating company. In his spare time he bowled in many Dallas tournaments, played men’s softball and golf late into his 70’s. Due to a fall and broken hip, he slowed all sports and when he broke his second hip he discontinued his favorite sport golf. Kelsy loved gardening, reading, sailing, fishing and building sailboats. He enjoyed keeping up with his grandchildren and great grandchildren and encouraged them in their efforts. He is beloved by nieces, nephews, cousins and friends and will be missed by all. The family appreciates American Home Health Care of Terrell for their efforts in helping Kelsy through his health issues and especially thanks Shonta Swindell for her love and care through his recent health battles. They also appreciate the VA Home Based Health program for their efforts on his behalf so that he could remain at home. In place of flowers, the family requests donations be made to the Hulsey Public Library of Terrell at https://www.hulseypubliclibrary.org/get-involved/friends-of-the-library/ or the Share Center, 103 Jones Street, Terrell. Plans for a memorial will be held sometime in March due to covid problems at this time.

Kelsy Neal Leatherwood, 87, son of the late Walter and Era Leatherwood, passed away at his home in Terrell on January 24, 2022. He was preceded in death by his parents, ex wives Billie Martinez and Cheryl Leatherwood, daughter Kim G. Leatherwood... View Obituary & Service Information

The family of Kelsy Neal Leatherwood created this Life Tributes page to make it easy to share your memories.

Send flowers to the Leatherwood family.