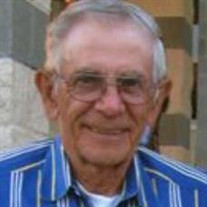 Leon Currington, longtime resident of Poetry, passed away peacefully on June 11, 2017. Leon joined his heart’s love and his soulmate, Johnette, who preceded him in death on April 11, 2016 and the family takes comfort in knowing they are together again. Leon was born March 15, 1940 in Malvern, Ark. to Leon, Sr and Ruth (Perkins) Currington both of whom preceded him in death along with his grandson, Brandon Paul Williams. He graduated Terrell High School in 1958 after which he attended college at North Texas State University. He married his high school sweetheart, Johnette Hussong, on July 9, 1962 and together they raised a family and developed his business that he owned and operated, Currington Construction Company which he started in 1978. As a result of his honest and dedicated work ethic, Leon quickly developed a solid reputation as a man of integrity and character. His ability to complete any project quickly and economically ensured that he was called first by many in Kaufman County and the surrounding areas. His personality was an indicator of his steadfast character in that he was a man’s man and his word was his bond. His commitment to treating other fairly at all times was well known however, the love he had for his family was, far and away, the most recognizable part of Leon’s personality. Along with his complete devotion to Johnette until her passing, he never missed a chance to support his children and his grandchildren in all their accomplishments. He often would get the grandkids a little extra funding and let them know “this is from PaPa for a rainy day”. When he had the chance, he would slow down just long enough to enjoy some fishing or to watch sports on TV and spend time at the Terrell Boat Club. His knowledge was far reaching (he knew many things about everything) and he was a good teacher to anyone that would listen and was willing to learn from him. Leon was a remarkable example of what a husband, father, grandfather, colleague and friend and his legacy will be treasured forever by all who knew him. Those left to celebrate his memory are his children: Kathy Williams and husband, Ken, of Rowlett; Danny Currington and wife, Amy, of Terrell, Casey Currington and wife, Kacey, of Kemp; grandchildren: Emily, D.J. and wife Ashley, Jordan, Kailey, Cade and Cooper; sister-in-law, Rachel Lee and husband, Billy as well as nieces, nephews, extended family and many friends, all of whom will miss Leon greatly. Funeral service will be at 11:00am, Wednesday, June 14, 2017, at Max Slayton Funeral Chapel and he will be laid to rest next to Johnette at Highland Memorial Garden. The family will receive friends 6-8pm, Tuesday, June 13, at the funeral home. For those wishing and to honor Leon’s devotion Johnette, memorials may be made to the Lighthouse for the Blind at https://dallaslighthouse.thankyou4caring.org.

Leon Currington, longtime resident of Poetry, passed away peacefully on June 11, 2017. Leon joined his heart&#8217;s love and his soulmate, Johnette, who preceded him in death on April 11, 2016 and the family takes comfort in knowing they are... View Obituary & Service Information

The family of Leon Currington created this Life Tributes page to make it easy to share your memories.

Send flowers to the Currington family.