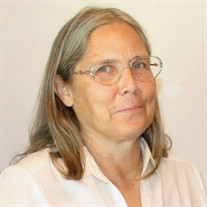 Marilyn Kay Coldren passed away Friday, August 9th, 2019, in Dallas, Texas. Marilyn was born in Storm Lake, Iowa on January 14th, 1956 to her parents, Lowell Frank Wright and Mary Ann Wright. She attended Laurens Schools and graduated in 1974. Her Collegiate studies were at the University of Northern Iowa in Education. On April 21st, 1978, Marilyn married Craig Alan Coldren in Charleston, South Carolina. In the mid 80’s, Craig and Marilyn moved to Dallas, Texas where they later had two boys, Roman and Deacon. Marilyn taught at Quinlan/Terrell ISD for over 25 years. She was very active in the community supporting sports programs of football, basketball and baseball. She always made time for her family and church activities at St. John the Apostle Catholic Church where she was a member. She was preceded in death by her father, Lowell Frank Wright. Marilyn is survived by her husband, Craig Coldren; sons, Roman and Deacon Coldren; mother, Mary Ann Wright; sister, Elaine Byrnes; brothers, Steve Wright and Lowell Wright; parents-in-law, Charles and JoAnn Coldren; sisters-in-law, Marcy Gonzalez and Peggy Burke; brother-in-law, Scott Coldren as well as other extended family and friends. Memorial Mass for Mrs. Marilyn Coldren will be at 10:00am, Friday, Aug. 16, 2019 at St. John the Apostle Catholic Church in Terrell with Rev. James P. Orosco as celebrant.

The family of Marilyn Coldren created this Life Tributes page to make it easy to share your memories.

Send flowers to the Coldren family.