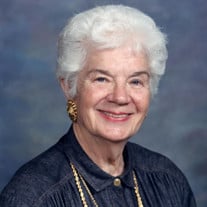 Marion Joyce Howie Briggs passed away June 28, 2020 at the age of 92. She was born on January 6, 1928 in the College Mound Community where her family were the early settlers in the 1800’s. Her parents were Ollie Washington Howie and Lilli Mae Monk Howie. Marion attended the College Mound School for her first seven years. During her junior and senior years of high school, Marion worked at the Alexander and Friddell Hospitals as a junior nurse's aide. She graduated from Terrell high School in 1945. Marion attended the State College for Women the following year and later attended classes at Henderson County Junior College. She attended art classes with local artists Mary Beasley, Merita Harper, and Davis Griffith-Cox. Marion worked for Southwestern Bell Telephone Company for 10 years, starting as a switchboard operator. She later transferred into the business office where she was a service representative. After raising the children, Marion returned to work, keeping the books for the Texaco Distributorship and Wrecker Service. Marion was one of the founding members of the Terrell Alliance for Education and the Arts as well as the Northeast Texas Fine Arts Alliance. She was also active in the Kaufman County Art League. Marion was a talented seamstress, making many of her own and her daughter's clothes. Marion joined the College Mound Methodist Church at the age of 12. She later transferred her membership to the First United Methodist Church in Terrell where she served as a teacher for a number of years in the advanced class. Marion married John R. Briggs, Jr. on June 14, 1953. To this union, three children were born: John R. Briggs, III, Marianne Briggs, and Margaret Briggs. She is preceded in death by her husband, her parents, a sister, Nauriece Vaughan and her husband, Clayton; a brother, Billy Clayton Howie and his wife Billie; brother in law and sister in law, Albert Lee and Bettye Meyers; and sixty-two first cousins. Marion is survived by her children, grandchildren: Jared Briggs and wife Anna and Dawn Eskridge and husband Ransom; great grandchildren: Jennifer, John, and Clayton Briggs, and Rivers and Kitty Eskridge. There will be a private inurnment scheduled for Marion at Oakland Memorial Park. In Lieu of flowers Marion’s family has asked that donations be made to the First United Methodist Church of Terrell or College Mound United Methodist Church in Terrell.

Marion Joyce Howie Briggs passed away June 28, 2020 at the age of 92. She was born on January 6, 1928 in the College Mound Community where her family were the early settlers in the 1800&#8217;s. Her parents were Ollie Washington Howie and Lilli... View Obituary & Service Information

The family of Marion Joyce Briggs created this Life Tributes page to make it easy to share your memories.

Send flowers to the Briggs family.