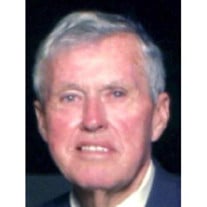 Wesley Marvin Fleetwood, Jr., Rockwall resident and formerly of Terrell, passed away peacefully on Jan. 27, 2021 with family at his side. Marvin was born on September 3, 1934 in Los Angeles, CA to Wesley, Sr., and Rachel Fleetwood, both of whom preceded him in death. Marvin enlisted, and proudly served, in the US Navy until his honorable discharge in 1957. On November 6, 1955, he married Margaretta Michie in Terrell and together they made their home in Terrell and raised a family until their move to Rockwall. For over 35 years, Marvin worked for DISD as a teacher and coach and later in administrator until his retirement. He loved staying active and his involvement and development of the Senior Tennis Program for Rockwall Parks and Recreation ensured that other residents stayed active as well. Marvin was also a member of the American Legion at the Terry Fisher Post #117. He and Margaretta were also both active members in First United Methodist of Rowlett. A man of great honor and kindness, Marvin’s memory will be cherished by all who knew him. He is survived by his wife, Margaretta Fleetwood; daughters: Lisa French and husband, James Michael, Linda Holmes and husband, Niles, LeAnn French and husband, Bobby; son, Robert Fleetwood and wife, Pam; grandchildren: Paul French, Ryan Holmes, Cameron French, Lauren Gabriel, Kathryn French Lambert, Wes Fleetwood, Kenneth Fleetwood, Rachel French; three great grandchildren; sister, Marilyn Webster as well as several other extended family and a host of friends, all of whom will miss him very much. Graveside service will be held at 1:00pm, Friday, March 5, 2021 at Oakland Memorial Park in Terrell, Texas with Rev. Dretha Burris officiating. The family asks that, in lieu of flowers, donations be made in honor of Marvin to the American Legion, Post 117, 609 S Goliad St #821, Rockwall, TX 75087 or to the First United Methodist Church in Rowlett at 4405 Main St, Rowlett, TX 75088.

Wesley Marvin Fleetwood, Jr., Rockwall resident and formerly of Terrell, passed away peacefully on Jan. 27, 2021 with family at his side. Marvin was born on September 3, 1934 in Los Angeles, CA to Wesley, Sr., and Rachel Fleetwood, both of... View Obituary & Service Information

The family of Marvin Fleetwood created this Life Tributes page to make it easy to share your memories.

Send flowers to the Fleetwood family.