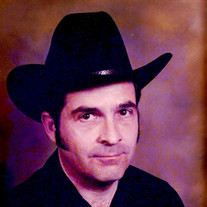 Ned Davis Bryant, long time resident of Forney, passed away January 7, 2020 in Dallas, Texas. Ned was born October 20, 1941 in Dallas to David Culberson and Willie Mae (Davis) Bryant. Ned faithfully and proudly served his country in the U.S. Army during Vietnam until his honorable discharge, after which he returned to home, moving to Forney in 1972. He worked for, and retired from, Hunt Oil Company with 41 years of dedicated and loyal service. Ned was a member of the First United Methodist Church of Forney as well as the Vietnam Veterans of America Chapter 137. Ned was preceded in death by his parents, and the love of his life and wife of over 47 years Linda Roland Bryant, who recently passed away on August 9, 2019 as well as his sister, Juanita Pearl Bryant. He is survived by his sister Martha Jo Malec and husband, Richard, of Arlington; nephews: David Lambert, William Wren, Jarod Roland and wife, Lauren; niece, Kimberly Glaser and husband Brian; special cousin, Kay, as well as other cousins, relatives and a host of friends. Funeral service will be 11:00 am, Friday, January 10, 2020, at Max Slayton Funerals Chapel. Family will receive friends 5:00 pm to 7:00 pm, Thursday, January 9, 2020, at Max Slayton Funerals and Cremations. Interment will be at the Dallas/Ft. Worth National Cemetery at 10:30 a.m., Wednesday, January 15, 2020 Lane 3. In lieu of flowers, donations may be made in Ned’s memory to the Vietnam Veterans of America Chapter 137 at www.vva-137.com.

The family of Ned Davis Bryant created this Life Tributes page to make it easy to share your memories.

Send flowers to the Bryant family.