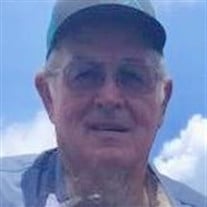 Paul Cotton passed away Friday April 26, 2019 in Terrell, Tx. He was born July 16, 1947 in Wills Point, Texas to the late Jack L. and Maxine Wade Cotton. Paul was also preceded in death by his brother, Pat Cotton. Paul attended Terrell public schools and when he was old enough to begin working, he followed in his dad’s footsteps establishing a career in shoeing horses. Paul’s love for animals enabled him to start his own company, Cotton Custom Fitters, where he became the premier groomer and livestock developer who was known for his adaptability in any farm and competitive setting. His talent for seeing the best in every animal that was trusted to him garnered him the enormous respect as well as repeat requests from big-name cattle ranchers/breeders/sellers, all of whom counted on Paul to help them show each beautiful animal at its best. He was an expert at how and what to feed, grooming techniques to enhance every animal’s best characteristics in order to assure every owner that their animal had the ultimate conformation and looked their finest. Following that, Paul worked for Two W Ranch in Wills Point and continued to shoe horses for many people-even the same folks that Paul’s dad had taken care of in the past. He loved rodeoing where he competed in calf roping, steer wrestling and team roping. His love of the rodeo was able to continue through his children and his granddaughters-all of whom made Paul incredibly proud for their love for riding and competing. Paul accepted Jesus as his personal savior and later was a member of Martins Mill Baptist Church. He had a unique way of looking at life day by day (specifically with his own brand of humor!) and he never shied away from telling others how he felt but his loyalty to his family and friends was the foundation of Paul’s life. He worked hard, cared much, freely gave respect when it was earned, and when he loved, Paul loved hard and true. He was a one-of-a-kind and he will never be forgotten by all who knew him but more especially by so many that loved him. Paul leaves to carry on his legacy his son, J.W. Cotton and fiancée Katy of Kilgore; daughter, Ashley Watson and husband, Weldon, of Huntsville; granddaughters: Callie Jo Strange and Brooklyn Watson; brother, Luke Cotton and wife Diane of Wills Point as well as numerous nieces, nephews, other relatives and a host of friends. A Celebration of life will be Sunday May 5, 2019 at Wade Indoor Arena 8930 CR 304 Terrell, Tx 75160. In lieu of flowers, the family asks that others consider making memorials to Justin Cowboy Crisis Fund www.justincowboycrisisfund.org.

The family of Paul Cotton created this Life Tributes page to make it easy to share your memories.

Send flowers to the Cotton family.