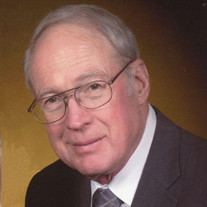 ***AT THE REQUEST OF THE FAMILY, IF ATTENDING SERVICE, PLEASE WEAR YOUR MASK/FACE COVERING AND MAINTAIN SOCIAL DISTANCE OF 6 FEET AT THE CEMETERY*** Robert (Bob) Livingston Medlin was born January 2, 1943, in Amarillo, Texas, the only child of Robert Lee and Mary Ellen Isreal Medlin. He died November 20,2020. He was raised on a farm east of Amarillo and attended school in Panhandle, Texas, where he excelled in sports, especially football, playing on the varsity team while still in Middle School and serving as captain his senior year. Robert was also active in student government as senior class president, voted Senior Class Favorite, and Mr. Panhandle High School. He was a member in Future Farmers of America, attaining his Lone Star Farmer degree. Upon graduation, Bob attended college at Texas Tech University in Lubbock, Texas. Hoping to continue his passion for football, he was a walk-on at Tech, but quickly determined that he was not Southwest Conference material and decided to pursue his love of the game by becoming a teacher and coach. If he couldn’t compete on the gridiron for Tech, he chose to support the athletic programs by joining the Saddle Tramps spirit organization serving as pledge trainer. Bob earned his Bachelor of Science and Master’s Degree in Education at Tech and would, later, after his military service, attend what is now Texas A&M Commerce, to earn an All-Levels Administrative Education certification. It was at Tech where he met his wife of 54 years, Sharon Grace Ritchey, on a blind date. They were married on June 25, 1966. Bob joined the Army ROTC while in college and received his commission as a Second Lieutenant upon graduation. After receiving a deferment to complete his Master’s Degree, he was assigned to active duty. He served as a member of the Signal Corps in the Combat Developments Command in Ft. Monmouth, New Jersey, and as a Signal Officer in the 7th Signal Brigade and Executive Office of a Company of the 440th Signal Battalion in Mannheim, Germany. It was while stationed in Germany that Bob and Sharon developed their love for travel and sightseeing, a pursuit that they were able to revive upon their respective retirements. After separation from the military, Bob resumed his career as a teacher of history and coach in the school districts of Lubbock and Odessa, Texas. Son, Michael, was born in Odessa while they lived there. In 1974, Bob accepted the position as principal of the, then, brand new high school in Forney, Texas. After that job, he left the educational field to pursue a career in sales, which he greatly enjoyed. But, the job required his absence from home for long stretches of time, and he began to realize that he needed to be home for his young son. So, he returned to his first love, teaching and coaching, and accepted a job with the Scurry-Rosser ISD in Scurry, Texas, where he remained until his retirement. At Scurry-Rosser he was a “jack-of-all- trades”, teaching history and government, coaching football, basketball, and track, and driving ole #7 school bus. After retirement, Bob continued to teach Driver Education part-time and Sharon and he were able to fulfill their dreams to travel again. In 2010, after residing in Forney for 36 years, they made the bittersweet decision to move to Frisco, Texas, where they joined the 55+ Del Webb Frisco Lakes community. There they made many lasting friendships and were able to be closer to Michael and the grandchildren. Bob developed Parkinson’s Disease some years later and put up a determined battle with physical and cognitive decline until the end. He fiercely loved his wife, his son Michael and his daughter-in-law, Amber. He doted on his grandchildren, Alex and Lily, and delighted in their lives and accomplishments. He loved Texas Tech, all the boys that he coached over the years, and teaching history. The family would like to thank the staff of The Auberge in Plano for their care and devotion to Bob, and to the nurses and support staff of Silverado Hospice. Finally, our family wishes to thank the nurses and support staff of the VITAS Inpatient Hospice Unit for their comfort and care of Bob as he made his final journey. Graveside service will be at 1:00pm, Friday, November 27, 2020 at Oakwood Cemetery in Whitesboro, Texas. For those wishing to send memorials or tributes, the family humbly suggests donations be made to the Michael J. Fox Foundation for Parkinson's Research at www.michaeljfox.org or to Texas Tech Raider Scholarship Fund at http://www.depts.ttu.edu/scholarships/

***AT THE REQUEST OF THE FAMILY, IF ATTENDING SERVICE, PLEASE WEAR YOUR MASK/FACE COVERING AND MAINTAIN SOCIAL DISTANCE OF 6 FEET AT THE CEMETERY*** Robert (Bob) Livingston Medlin was born January 2, 1943, in Amarillo, Texas, the only child... View Obituary & Service Information

The family of Robert Medlin created this Life Tributes page to make it easy to share your memories.

***AT THE REQUEST OF THE FAMILY, IF ATTENDING SERVICE, PLEASE...

Send flowers to the Medlin family.