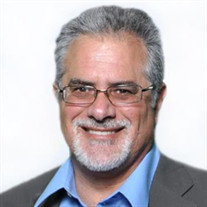 Robert (Robb) Jay Lawson, age 57 of Forney, TX passed away on December 11, 2021. Robb was preceded in death by his dad, John M. Brenner, MD, and his father, Gary Lawson. Robb was born on June 29, 1964, in Santa Monica, CA, and graduated from a small private Christian school in Hot Springs, AR. He earned his Bachelor of Arts degree Summa Cum Laude from Kaplan University in Information Technology with a concentration in programming. A former employee of Region’s Financial Corporation, Robb spent the last 8 years as IT Project Manager for PDI Software in Dallas, TX. Robb was a U.S. veteran, serving in the Army Airborne division and an active member of First Baptist Church Forney in Forney, TX. At FBC Forney he enjoyed serving on the Tech Team, running sound and camera for church services as well as a lending his vocal bass in the adult choir. Robb met the love of his life, Cathy King in the summer of 2009 and they married in 2010. It was their mutual love for the Lord, food and music that brought them together and they have grown in their spiritual walk ever since. Robb was an expert sound tech from his early days of selling and installing hi-fi equipment and sound systems. He played bass guitar and the couple enjoyed frequent karaoke nights with family friends. Robb will be remembered mostly for his kind and loving spirit as well as his sense of humor. A servant of the Lord, Jesus’ light truly shined through him. A devoted husband, father, grandfather and friend, Robb holds a special place in the hearts of all who knew him. Left to cherish his memory are his wife, Cathy Lawson, his mother, Sheila Brenner-Willmett (Don), and his son, Chris Lawson (Dawnal). Surviving daughters are Shawna Turner (Scott), Sydney King and Samantha King. His grandchildren are Nikki Turner, Will Turner and Bella Hoang. He also leaves behind several siblings including brothers, Ron Lawson (Pat), Skip Brenner (Carrie), and Ed Willmett (Sonya). Surviving sisters are Susie Baker (Mike), Terry Hoffman (Curtis), Leslie Briante (Greg Hinerman), Jennifer Poorman (Rick) and many nieces and nephews. A Memorial Celebration will take place at 2:00pm on January 7, 2022, in The Forum at First Baptist Church Forney, 1003 College Ave., Forney, TX 75126. A graveside service will be planned for a later date in Durango, CO. In lieu of flowers, donations in Robb’s memory may be made to the Wounded Warrior Project at www.woundedwarriorproject.org.

Robert (Robb) Jay Lawson, age 57 of Forney, TX passed away on December 11, 2021. Robb was preceded in death by his dad, John M. Brenner, MD, and his father, Gary Lawson. Robb was born on June 29, 1964, in Santa Monica, CA, and graduated from... View Obituary & Service Information

The family of Robert (Robb) Lawson created this Life Tributes page to make it easy to share your memories.

Send flowers to the Lawson family.