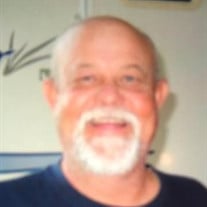 Roger Dale Roach, longtime resident of Terrell and Elmo, passed away peacefully on July 21, 2019. Roger was born Nov. 30, 1955 in Mineola, Texas to Jimmy and Evelyn (Mayse) Roach, both of whom preceded him in death. He grew up in Elmo and graduated from Wills Point High School in 1974. During high school, he was active in FFA being elected as Secretary. He also was a member of the Boy Scout troop and was recognized as an Eagle Scout before graduation. In July, 1978, Roger married Mary Kay Phillips and together they made a wonderful life full of memories with family and friends. He and Mary Kay became members of Emmanuel Baptist Church in Terrell where they made many more wonderful friendships. In 1983, he graduated from Texas A&M Fire Academy and began his career as a fireman with Terrell Fire Department, starting as driver/engineer and moving up until being appointed Interim Fire Chief. In 2006, Roger retired from TFD as Fire Marshal having put in over 24 years of faithful service to the Department and Terrell as well as the surrounding communities. Roger also was a past member of the Terrell Volunteer Fire Department, continuing to serve alongside his many friends and colleagues. He had a singular sense of humor that endeared him to so many but his generous heart was, far and away, the first and best part of being Roger’s friend. His generosity knew no limits and many others who knew him were the recipient of Roger’s help during a tough time. When he wasn’t at the fire station, Roger could be found doing activities he loved: camping, fishing, and spending any and all time with his family. To his grandchildren, he was the best PePaw ever and with his sense of humor and having fun, the grandkids knew that spending the day with PePaw would be the best day ever! Roger’s ability to always lighten the mood with his unique sense of humor, his unconditional love for his family, his devotion to his many friends and his exceptional ability to always help others gives each person who knew him, no matter how long or how brief, a wonderful legacy to cherish and never forget. Those left to hold this heritage close to their own hearts until they see Roger again are his wife, Mary Kay Roach of Terrell; daughters: Traci Clark and husband Shaun of Mabank, Becky Nelson of Terrell; grandchildren: Jaymeson Clark, Corley Nelson and Ryder Nelson; sister, Teresa Ashworth as well as several other extended family, a host of friends and firefighters near and far who loved him and will miss him greatly. Funeral service will be at 1:00pm, Friday, July 26, 2019 at First Baptist Church of Terrell, 403 N. Catherine, Terrell, TX, with Rev. Billy Martin officiating. The family will receive friends 4:00pm to 7:00pm, Thursday, July 25, 2019 at Max Slayton Funeral Chapel. In lieu of flowers and in honor of Roger's courageous fight with kidney disease, donations may be made to the National Kidney Foundation, at www.kidney.org (with acknowledgment email: [email protected]). 2 Timothy 4:7-8 I have fought the good fight, I have finished the race, I have kept the faith. Now there is in store for me the crown of righteousness, which the Lord, the righteous Judge, will award to me on that day—and not only to me, but also to all who have longed for his appearing.

Roger Dale Roach, longtime resident of Terrell and Elmo, passed away peacefully on July 21, 2019. Roger was born Nov. 30, 1955 in Mineola, Texas to Jimmy and Evelyn (Mayse) Roach, both of whom preceded him in death. He grew up in Elmo and... View Obituary & Service Information

The family of Roger Roach created this Life Tributes page to make it easy to share your memories.

Send flowers to the Roach family.