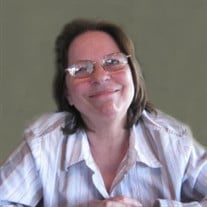 Rosemary Glazener, of Terrell, passed away December 9, 2018. Rosemary was born September 21, 1949 to Cecil and Josephine Eye, both of whom preceded her in death along with her granddaughter, Samantha Rose Harris and siblings: Ruby, Ruth, Richard and Martha. Rosemary worked at MCI (later Verizon) beginning as an assembler. She showed a proficiency in organization which enabled her to attain supervisory and project management positions. After 18 years with MCI/Verizon, Rosemary retired from the telecommunications industry. Never one to stay idle, she then worked at Quitman High School in the Cafeteria where her love of young adults allowed her to make an impact on several student’s lives. Rosemary also worked at Heritage Nursing Home where her easy smile and generous spirit was an encouragement to the residents and their families. During her life, Rosemary would not only have her full-time job but work part time in other positions as well so as to ensure that her children were always provided for. She often selflessly sacrificed her own wants so that others could have what they needed. Putting others before her self was a foundation of Rosemary’s personality and her legacy of unconditional love will be carried on by her children and their children into future generations. A wonderful mom, grandmother, great grandmother, sister, aunt and friend, Rosemary will be missed by all who knew her. Those left to cherish Rosemary’s memory are her children: Sherry Harris, Gary Tubbs and Terry Tubbs; grandchildren: Tiffany Elrod, Robert Harris Jr., Austin Matthew Harris; great grandchildren: Addyson Rose, Spencer Allen, Xavier and Robert Eugene III; siblings: Leroy, Larry, Margie, Delbert, Jane, Betty, and Kathy as well as nieces, nephews, extended family and a host of friends. A Celebration of life for Rosemary will be held at 1:00pm, Saturday, December 22, 2018 at Lakeview Christian Church, 3307 Bobtown Rd., Garland, TX, 75043 with Rev. David White officiating.

Rosemary Glazener, of Terrell, passed away December 9, 2018. Rosemary was born September 21, 1949 to Cecil and Josephine Eye, both of whom preceded her in death along with her granddaughter, Samantha Rose Harris and siblings: Ruby, Ruth, Richard... View Obituary & Service Information

The family of Rosemary Emma Glazener created this Life Tributes page to make it easy to share your memories.

Send flowers to the Glazener family.