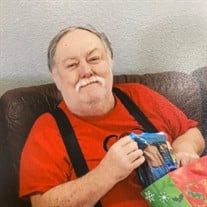 Terry Lee Airheart, of Kemp, passed away peacefully into the presence of Jesus on July 25, 2021 with family at his side. Terry was born Sept. 18, 1952 in Wolfe City, TX to Robert Lee and Tommie Jo (Hargrove) Airheart, both of whom met him in Heaven. Terry graduated from Grover Cleveland HS in Reseda, CA in 1970 and then attended Steven F. Austin where he also played football. He graduated from ETSU with a degree in education but also had many classes and studies in forestry, which was a passion for Terry. After graduation, Terry married his best friend and soulmate, Debra Reed, on June 9, 1978 at Emmanuel Baptist Church. His career as a teacher and coach took them to many school districts including: Wortham, Kemp, Terrell, Teague, Mabank and Duncanville where Terry was able to positively impact many students in each classroom and every sports program. He and Debra were active members in the communities they served as well as active memberships in church including, most recently, Calvary Baptist Church in Kemp. Terry loved collecting baseball memorabilia and history along with coins and he enjoyed getting the chance to add to his collection at any opportunity. He was a beloved teacher and coach, a dedicated husband and father, and a doting grandfather, Terry will be missed by all who knew and loved him. He is survived by his wife, Debra Reed Airheart, of Kemp; daughter, Laura Airheart Hill and husband Bradlee, of Mabank; grandson, Austin Hill; brother, Gary Airheart and wife, Sue of Canadian, OK; sister, Sherry Caughron Brown and husband, Ben, of Terrell; cousins: Becky Airheart, Karen Lester. Angie Couch, Jon Anderson, Jan Grisham, as well as numerous nieces, nephews, extended family and a host of friends. A celebration of Terry’s life will be at 11:00am, Thursday, July 29, 2021 at Max Slayton Funeral Chapel with Rev. Joshua Hebert and Rev. Casey Perry officiating. For those wishing, memorials in Terry’s honor may be made to American Forests, at https://give.americanforests.org/ways-to-give/donate-now/ .

Terry Lee Airheart, of Kemp, passed away peacefully into the presence of Jesus on July 25, 2021 with family at his side. Terry was born Sept. 18, 1952 in Wolfe City, TX to Robert Lee and Tommie Jo (Hargrove) Airheart, both of whom met him in... View Obituary & Service Information

The family of Terry Airheart created this Life Tributes page to make it easy to share your memories.

Terry Lee Airheart, of Kemp, passed away peacefully into the...

Send flowers to the Airheart family.