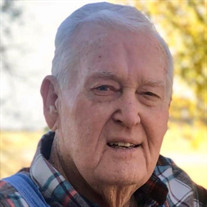 Thomas L. “Sam” Tanner Sam Tanner was born on March 23,1936 in Forney, Texas to John B. Tanner and Velma Ruth Lindsey Tanner. He was raised in Forney and graduated from Forney High School in 1954. Sam's football talents as a guard and linebacker led to a scholarship which brought him the opportunity for a college education. After playing in the Texas High School All-Star game in 1954, he attended Paris Junior College and was named to the 1956 Junior College All- American team. As a junior he transferred to Trinity University in San Antonio, where he continued playing football and received a B.S. Degree in 1958. Sam married Miriam “Mimi” Bowman on August 25, 1962. They had four children: Bonnie, John, Bobbie, and James. Sam believed in working hard and giving his all at whatever he did. A primary motto he lived by, and instilled in his children was, “We're Tanners—We work.” He made sure to lead by example. Throughout the course of his professional life, he held many positions. Sam was a farmer, truck driver, railroad fireman, teacher, head football coach and athletic director. He was an insurance agent, an insurance agency owner for over 30 years, and a greeter for Wal-Mart for 14 years before his retirement. After retiring he became an author and published “Tall Tales for Young Listeners,” after his children encouraged him to pen and record the stories he shared with them in their youth, and which had been passed down through the oral-traditions of his family. Sam loved to garden and planted a variety of vegetables every year. Tomatoes were his favorite crop. He was a member of First Baptist Church in Forney, Texas. He was preceded in death by his oldest son, John, parents, John and Velma Tanner, sisters, Bobby Jo Farmer, Kaye Hooten, brothers, John Wendell and David Tanner. Sam is survived by his wife of 59 years, Mimi, his daughters, Bonnie Taft and her husband Grant, Bobbie Peichel and her husband Cory; son, James Tanner and his wife Christina. He was blessed with nine grandchildren: Lindsey Tanner, Annie Boswell and her husband Shane, Blake Tanner, Nash Tanner, Ryan and Colin Peichel, Max and Lexi Gowen, and Olivia Tanner. He was also blessed with two great-grandchildren: Bo and Brooklyn Boswell. He is also survived by his brother Wayne and his wife Laquita, his sisters: Jane Wallace, Ruth Houck, Gail Scott and husband Ron, Carolyn Millar, and other relatives and friends. A memorial service will be held on December 17th at 2:00pm in the Chapel of the First Baptist Church of Forney, Texas. In lieu of flowers, donations can be made to the church’s general fund, https://fbcforney.org/give/ or to Hillcrest Cemetery, PO Box 1033 Forney, Texas, 75126.

Thomas L. &#8220;Sam&#8221; Tanner Sam Tanner was born on March 23,1936 in Forney, Texas to John B. Tanner and Velma Ruth Lindsey Tanner. He was raised in Forney and graduated from Forney High School in 1954. Sam's football talents as a guard... View Obituary & Service Information

The family of Thomas L. "Sam" Tanner created this Life Tributes page to make it easy to share your memories.

Send flowers to the Tanner family.