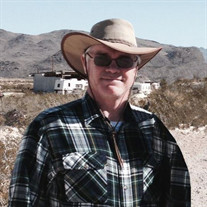 Timothy John Penney, of Terrell, passed away on the morning of December 27, 2019. Tim was born August 7, 1961 in Dallas to John Wesley and Shirley (Smith) Penney and he was welcomed into Heaven by his father who preceded him in death along with his Lord and Savior. Tim grew up in the Balch Springs area graduating from H. Grady Spruce High School and then Texas A&M Commerce. He felt a call early on to reach students and help them achieve their dreams through academics and athletics. Tim’s cousin Renay was instrumental in what became the life story of Tim and Kathy. Kathy was immediately smitten by his charm and good looks. She invited him to go bike riding at White Rock Lake. He hadn’t been on a bike in some time, but accepted her offer so he wouldn’t miss the opportunity to get to know this beautiful young woman from New York. He later admitted the ride exhausted him because he didn’t know how large White Rock Lake is. They began a life filled with love, honor and fun! On September 14, 1984, they were married and settled into their wonderful dream of being together and raising their family. Upon graduating high school, Tim enlisted in the Air Force. After his time serving our country, Tim worked in construction and then went on to drive trucks. He left the road and went back to school to pursue a career in teaching that would allow him to spend more time at home with his growing family. In 2004, Tim received his bachelor’s degree and began his career. He impacted young lives at Thomas Jefferson H.S. in Dallas, Scurry-Rosser H.S. and, most recently, Wills Point H.S. where he enthusiastically taught World History and coached athletics. He was especially proud to coach Cameron in shot put and discus and was anticipating the upcoming season. It brought him joy to see former and current students, they frequently stopped him to say how he impacted their lives. Tim loved to travel, his favorite place was Big Bend. Tim’s contagious smile could light up every room and still made Kathy’s heart to skip a beat after 35 glorious years together. He was a member of College Mound United Methodist Church. A wonderful husband, father, grandfather, son, brother, friend and mentor, Tim will be missed by every one whose life he impacted. He leaves to cherish his memory his beloved wife, Kathy Penney, of Elmo; children: Jody Penney and wife, Maria of Kaufman and their children: Yazmin, Destiny, and Anderson; Michael Penney of Terrell; Lacy Penney and Mark of Conroe; and Cameron Penney of Elmo; grandchildren: Yazmin Carver, Destiny Carver, and Anderson Penney of Kaufman; mother, Shirley Smith Penney of Scurry; sister, Robin Wright and husband, Kevin of Scurry; brother, Donald Bland and wife, Verena of Phoenix; sister-in-law, Patti Moran of Elmo; brother-in-law, Tom Moran and wife, Chris of Miami; as well as numerous aunts and uncles, nieces and nephews, cousins, extended family and friends, all of whom he loved so much. A Celebration of his life will be at 11:00am, Thursday, Jan. 2, 2019 at Wills Point High School Auditorium, 1800 West S. Commerce St, Wills Point, 75169. The family requests that, in lieu of flowers, donations in memory of Tim be made the St. Jude Children’s Hospital at www.stjude.org.

Timothy John Penney, of Terrell, passed away on the morning of December 27, 2019. Tim was born August 7, 1961 in Dallas to John Wesley and Shirley (Smith) Penney and he was welcomed into Heaven by his father who preceded him in death along... View Obituary & Service Information

The family of Tim Penney created this Life Tributes page to make it easy to share your memories.

Timothy John Penney, of Terrell, passed away on the morning of...

Send flowers to the Penney family.