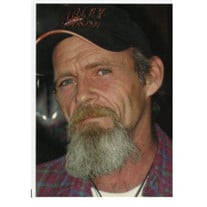 Timothy Ray 'Tim' Beasley “Little Brother” age 59, passed away Aug. 20, 2020, at his residence in the Lawrence community of Terrell, TX. He was born Jan, 7, 1961 in Dallas, TX to Jackie Pat Beasley and Cleeta Pearson Beasley. Tim was met in Heaven by his mother, Cleeta, maternal grandfather G.C. Pearson, maternal grandmother, Ruby 'Mammie' Pearson and paternal grandfather, Pat Beasley. Tim was raised in the 'Pleasant Grove' area of Dallas and had resided in Terrell, TX since 1986. He worked as a Auto Body Tech, Welder/Sheet Metal Mechanic and was a skilled Harley-Davidson motorcycle mechanic. His ability to create, design and re-build Harley-Davidsons was well known and appreciated by enthusiast throughout Texas. Tim had many interests throughout his life with most of them often involved something with wheels. He enjoyed restoring old cars/trucks and motorcycles. At one time he and his brother Terry teamed as drivers with their Dad competing in mini-Sprint Car racing. Tim also enjoyed training and riding horses and mules. In 1986, Tim participated in the Texas Sesquicentennial celebration by riding a leg on the Sesquicentennial Wagon Train. Most recently, he enjoyed gardening at home with his beloved sister 'Cathy'. He was active in 'The Regulators,' a local motorcycle club where he enjoyed helping other members and participating in the clubs charitable activities. His big smile and generous heart were the first things that others noticed about Tim and his easy going personality made instant friends of all who met him. Tim also was a faithful follower of the Lord and loved to tell others about the amazing love that Jesus had for each person. His endless love of life, family and friends will be treasured by all who knew Tim. He is survived by his children: Courtney Edwards of Burleson, Malissa Beasley of Denver, CO, Cody Jarrett Beasley of Dallas, and Destiny Thompson of Royse City; brothers: Kenny Beasley of Terrell, Terry Beasley of Terrell, Jeff Burton of Quinlan, Jeromey Burton, and Jason Burton of Royse City; sister: Katherine 'Cathy' Thomas of Terrell as well as several nieces, nephews, extended family and a host of friends, all of whom will miss Tim dearly. A memorial and celebration of Tim's life will be held at 6:00pm, Friday, August 28, 2020 at Max Slayton Funeral Chapel where all are invited to share in his legacy.

The family of Timothy "Little Brother" Beasley created this Life Tributes page to make it easy to share your memories.

Send flowers to the Beasley family.