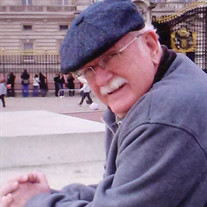 Tommy Rudolph Valentine of Terrell, Texas passed away April 18, 2019 in Sunnyvale, TX. Tom was born July 31, 1935 in Van, Texas to Lewis Vernon Valentine and Lila Birdie Shields Valentine. Tom is preceded in death by his parents and one brother and sister-in-law, Glenn Dean and Beulah Valentine. He attended schools in Tyler and Van before moving to Terrell in 1945. He graduated from Terrell High School in the class of 1954. While in high school he worked for the Brin Store, selling men’s apparel. After high school graduation he attended Draughn’s Business College studying bookkeeping, cost accounting, and auditing. Following Draughn’s he worked briefly for Canada Dry Ginger Ale, then went to East Texas State University where he majored in History and Economics. Following his time at East Texas State University he was employed by the Texas Daily Press League, Inc. as a statistician. He was later employed at Dallas Foundry, Inc. and then Bass and Hays Foundry in Grand Prairie. He retired in 2013 as President of the company after 46 years. Tom was married to his sweetheart, Annette Welborn, on October 23, 1983. They have two children, Tommy R. Valentine, Jr and Emily Jean Valentine, both of Terrell. In March of 1984 Tom took Annette on a delayed honeymoon to China. While there they made fast friends with their national tour guide, Chang Wang. Chang and his wife, Su; along with their son Cheng and wife, Kim, are considered part of Tom and Annette’s family. In 1995, Tom and Annette hosted a foreign exchange student, Oriol Pena, from Barcelona, Spain. Oriol brought 7 other exchange students into the Valentine home. Tom became known as Big Tommy and Annette was affectionately dubbed “Headmama”. Those 8 exchange students greatly impacted all the Valentine’s lives and they are also considered part of the family and all of them still stay in contact on a regular basis after all these years. Those “chosen” family members left to mourn Tom’s passing are Oriol Pena of Barcelona, Spain - Fidel Ramirez of Freiburg, Germany- Pamela Velez Magdoff of Maryland-Magnus Lund of Sweden and Ate Martinelli, Fabiano Silva, Fernanda Correa and Luiz Barbosa all of Brazil. In addition, there are 7 spouses and 13 “grandchildren” Tom and Annette claim as their own. Tom was an active member of the Terrell Heritage Society since 1973, serving as President, Vice President, Treasurer, Secretary and as an active director. Tom also served on the Oakland Memorial Park Cemetery Association board. Tom loved to cook and enjoyed catering special occasions. It gave him great pleasure to set up a fancy hor d’oeuvres buffet for a hundred people. He knew he had the “one” when Annette first pitched in to polish silver and wash dishes. Tom was a collector of antiques and loved whiling away the hours in antique stores and at First Monday Trade Days in Canton. He loved to read and collected books, he especially enjoyed reading the old classics. One of Tom’s favorite hobbies was genealogy research. He spent countless hours tracing several lines of his family back as far as the 1600’s. He amassed a gargantuan amount of genealogy data. So much so, that Annette finally relented and agreed to a “House of Genealogy” in the back yard (a massive 2 story structure) dubbed the HOG. Tom also greatly enjoyed attending and sometimes hosting family reunions for the Valentine, Smithart and Shields families. Tom was a member of the First Baptist Church of Terrell. After retirement Tom enjoyed puttering around the yard with his favorite little buddy, Tetchy, a 13 pound Chihuahua with a 60 pound attitude. Tom is survived by his loving wife of 35 years, Annette, his son, Tommy Jr and daughter, Emily, Tetchy, the Wang family, the “Exchange Gang”, precious cousin and lifetime friend, Maxine Darst Flatt, and a huge host of nieces, nephews, cousins and other family and friends. Jesse Valentine, Johnny Currey, Danny Currey, Ronnie Chitty, Chang Wang and Cheng Wang will serve as pallbearers. Funeral service will be at 1:00pm, Tuesday, April 23, 2019 at Max Slayton Funeral Chapel with interment to follow at Oakland Memorial Park. His family will receive friends 5:00pm to 7:00pm, Monday, April 22, at the funeral home.

Tommy Rudolph Valentine of Terrell, Texas passed away April 18, 2019 in Sunnyvale, TX. Tom was born July 31, 1935 in Van, Texas to Lewis Vernon Valentine and Lila Birdie Shields Valentine. Tom is preceded in death by his parents and one... View Obituary & Service Information

The family of Tommy Valentine created this Life Tributes page to make it easy to share your memories.

Send flowers to the Valentine family.