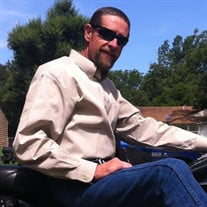 Vernon Eugene Easter went home to be with his Lord and Savior on December 24, 2021. He is survived by his children Zachary Easter of Dallas, Nicholas Easter of Rockford Illinois, daughter Kaitlin and husband Tyler Ash of Joliet Illinois and grandson Lincoln Ash, Brothers Robert Easter, David Russell of Missouri, Jeff Easter of Terrell and Jimmy Clark Dunbarr, sisters Noreen Walker and Tonette Blasius and of Terrell, Wanita Kelley along with many nephews and nieces. He was preceded in death by his father LeRoy Easter, Sr., mother Betty Edde, his brothers Roy G. (Pole) Easter, Lawrence (Butch) Easter, LeRoy Easter, Jr., and his sister Joyce Stratton. When Vernon was diagnosed with cancer on December 3, 2021 his words to his doctor was, “This is a win, win situation for me. I either go home to a peaceful beautiful place or I get to stay here with my family a little longer! I can’t lose here!” As the doctor started to leave the room she stopped at the door, turned around and said, “Thank you Mr. Easter. You have taught me something here today. I deal with death every day, so I have become numb to it. I only wish everyone could see what you see.” Their conversation continued and was lengthy enough that she had to tell the nurses to please give her a minute before interrupting them again. For anyone who knew Vernon this is exactly what you would have expected from him. He had so many facets to his life that no one except his Lord will ever know all of them. Vernon traveled all over and touched so many lives that when he drew his final breath here a hole was created by his leaving. As family and friends gathered to say their goodbyes in his last days, many sat around telling stories of his travels. Young and old were brought to tears and even envy at the encounters he had. They were anything but common encounters, some might even say they were divine appointments. You see, despite himself, Vernon knew the Lord and craved His presence. The only peace he got from this life was when he was serving others. Whether it was fixing his nieces flat, giving his last dollar or just taking the time to listen. This life had left many scars on him and the only way he knew to fight it was with sacrifice. And with sacrifice sometimes comes great sorrow. But the sorrow was always taken to God in prayer and he was restored again. Vernon had a unique personality that people were drawn to. He was a straight A student in school and never had to crack a book. And as his mother always said, he had his father’s good looks. Not always a good combination, but one he did enjoy taking advantage of at times, none the less. Vernon could have been anything he wanted to be, from a doctor, lawyer, politician (especially a politician), but he just wanted to be plain ole’ Vernon. He knew the dangers of thinking you know everything that came with higher education to a person of his intelligence. This was proven in a conversation he had with his sibling right before he was sent home from the hospital. His words were, “You know some may see this situation as a punishment, but I know that God does things in His own way, the way He wants to. And I can prove it to you. Down in Australia there is a thing known as a duck bill platypus. It is a mammal, that lays eggs, nurses it young and it is poisonous.” He went on to say, “God made that little critter and said, let them figure that one out and get back with me.” He was amazed at how God could throw a curve ball to the “Sophisticated”, as Vernon called them. There is no doubt of how much he will be missed by his family and friends. Those he spent so much time with and laughed with and who he made feel special. He was always so amazed that people could be so loving and care about him. He never really saw himself worthy of that love, but loved he was. One special friend told the family how much she will miss him being at her house everyday he was in town. Her whole family had a deep connection with him and he had touched the heart of each of them. His home in Texas and his home in Missouri will never be the same. Not just because he will be missed, but by the treasures he gave them in his brief time with them. There is not enough gold or silver in this world to purchase what he has left them with, or those countless people he encountered in his travels. Make no mistake about what he saw as his greatest legacy, his children. He took no credit in what they were, but without him there would not have been the blessings to this world called Zach, Nick and Katie. Each one perfect in his eyes.

Vernon Eugene Easter went home to be with his Lord and Savior on December 24, 2021. He is survived by his children Zachary Easter of Dallas, Nicholas Easter of Rockford Illinois, daughter Kaitlin and husband Tyler Ash of Joliet Illinois and... View Obituary & Service Information

The family of Vernon Eugene Easter created this Life Tributes page to make it easy to share your memories.

Vernon Eugene Easter went home to be with his Lord and Savior...

Send flowers to the Easter family.