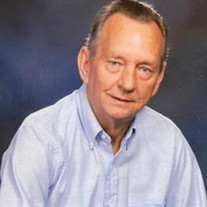 Wayne Lawhorn, lifetime resident of Terrell, passed away on Jan. 30, 2022 in Dallas. Wayne was born Jan. 21, 1945 in Terrell to James Holton Lawhorn and Lavicia Lawson Lawhorn, both of whom preceded him in death along with his grandparents, his son, Chad Lawhorn and two brothers, Charles “Gene” Lawhorn and Michael Lawhorn. Growing up in Terrell during his entire life enabled Wayne to see the small town grow into a thriving community. He married his love, Janice Stutts, on April 16, 1965 and they shared a wonderful life together raising their children. Wayne worked for National Oilwell and retired after over 30 years of dedicated service. He enjoyed working in the yard and gardening, and was often known to walk all around his beloved hometown. He could be found most days at the City Barbershop in Downtown Terrell swapping stories and sharing memories with the other patrons. He loved to watch his Westerns on television and enjoyed attending First Baptist Church, where he and Janice were members, until his health began to decline. A survivor of both cancer and a stroke, Wayne exhibited quiet strength and will always be loved and never forgotten. Wayne is survived by his wife, of 56 years, Janice Lawhorn; daughter, Stacey Lawhorn; grandson, Justin Lawhorn; great grandchildren: triplets: Gemma, Zenya and Melena Lawhorn and Bellamy Lawhorn; siblings: James R. Lawhorn and wife Carolyn, Donna Rigney and Vicki Adams; sister-in-law: Sherry McNutt and husband, Glenn; brothers-in-law: Mark Stutts and wife, Rhonda, Jerry Stutts and Randy Stutts as well as many nieces, nephews, extended family and many friends. Funeral service will be at 2:00pm, Tuesday, Feb. 8, 2022 at Max Slayton Funeral Chapel with interment to follow at Oakland Memorial Park. The family will receive friends beginning at 1:00pm to service time. For those wishing, memorials may be made to FBC Terrell at www.fbcterrell.org/give

Wayne Lawhorn, lifetime resident of Terrell, passed away on Jan. 30, 2022 in Dallas. Wayne was born Jan. 21, 1945 in Terrell to James Holton Lawhorn and Lavicia Lawson Lawhorn, both of whom preceded him in death along with his grandparents,... View Obituary & Service Information

The family of Wayne Lawhorn created this Life Tributes page to make it easy to share your memories.

Wayne Lawhorn, lifetime resident of Terrell, passed away on Jan....

Send flowers to the Lawhorn family.