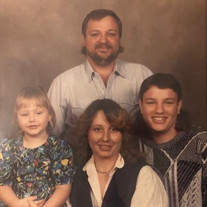 Weldon Wayne Weeks, 64, of Seagoville, Texas passed away on April 15, 2019 in Dallas, Texas. Weldon was born on January 24, 1955 in Socorro, New Mexico to Howard E. and Helen J. (Skiles) Weeks, both of whom preceded him in death as well as his sister, Vivian Weeks. Weldon graduated from H. Grady Spruce High School in Dallas in 1973. On June 29, 1974, he married the love of his life, Donna Keener, and together they made a wonderful and happy home for themselves and their children. Weldon worked for many years as a Sales Manager for WW Rogers and Sons Produce. He loved his family and, for many years, he was a great supporter of his children during their competition. He enjoyed helping young athletes achieve their goals with team sports. Weldon touched many lives as he coached all Little League teams in the Seagoville area to include, and for the most part, teams both his son and daughter played on. Weldon was always front and center as his son excelled under his guidance in football and soccer. Once Kevin began high school you would always find Weldon at the games. After high school his support in his son switched from athletics to Kevin’s service for our country. Weldon would always say he was a “Proud Military Dad”. His love for his daughter took him from sports to rodeo. You could find him cheering in the stands at a high school rodeo, rodeo queen competition, and later college rodeos. His support in her passion never wavered at any level. He was a simple guy with simple enjoyments and time with his family was his greatest treasure. The bravery and love that Weldon showed to everyone he met left a permanent positive impression on all who knew him and he will be missed dearly. Weldon leaves to cherish his memory his loving wife of almost 45 years, Donna Weeks; son, Kevin Weeks and wife Sharon; daughter, Chrissy Weeks and fiancé, Kris Rankin; grandsons, Xavier and Isaiah; siblings: Wanda Allen, Carol Murphy, Tommy Hogan, Diane Hampton, Mike Weeks and Charlotte Tenorio as well as many extended family and a host of friends. Graveside service will be 11 am Friday April 19, 2019 at Mt. Olive Cemetery in Scurry. Weldon's family asks in lieu of flowers memorials be made to the Seagoville Animal Shelter 1330 E. Malloy Bridge Rd. Seagoville, Tx 75159 in his honor.

Weldon Wayne Weeks, 64, of Seagoville, Texas passed away on April 15, 2019 in Dallas, Texas. Weldon was born on January 24, 1955 in Socorro, New Mexico to Howard E. and Helen J. (Skiles) Weeks, both of whom preceded him in death as well as his... View Obituary & Service Information

The family of Weldon Wayne Weeks created this Life Tributes page to make it easy to share your memories.

Weldon Wayne Weeks, 64, of Seagoville, Texas passed away on April...

Send flowers to the Weeks family.